ThermalTake ToughRAM expands with speeds up to 4400MHz

ThermalTake began showing off its new ToughRAM DDR4 modules at Computex earlier this year, with enhanced RGB lighting features, a 10-layer PCB and pre-binned memory ICs to ensure performance. In September, new kits released to push speeds up to 3600MHz. Now, three more kits are on the way, raising performance with 4000MHz, 4266MHz and 4400MHz kits.

Each of these new high-speed kits uses a 10-layer PCB, 2oz copper inner layers and 10μ gold fingers for enhanced durability, electrical conduction and wear resistance. We don’t know what specific memory ICs are being used in these new kits yet, but they are all pre-binned to ensure speeds are being reached. 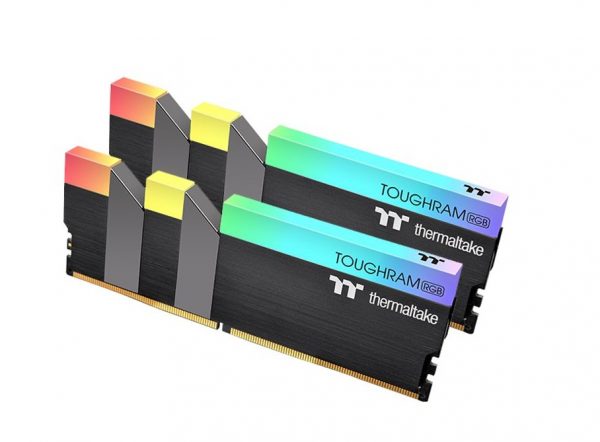 Of course, RGB lighting plays a bit role similarly to most ThermalTake products. These memory modules are part of the TT RGB PLUS ecosystem, which has compatibility with ASUS Aura, Gigabyte RGB Fusion, MSI Mystic Light, ASRock PolyChrome and even Razer Chroma devices.

KitGuru Says: ThermalTake has been ramping up the speeds of its RAM kits all year long, now hitting speeds to compete with other top-end premium DDR4 kits. Are any of you planning on picking up a memory upgrade this year? Will you be looking to go for a 4000 MHz+ kit like ThermalTake is offering?