Zadak’s DDR5 memory will deliver speeds up to 7200MHz

ZADAK is the latest PC gaming memory maker to announce its first DDR5 memory modules. With its new DDR5 memory line up, Zadak promises to deliver speeds from 4800MHz all the way up to 7200MHz. 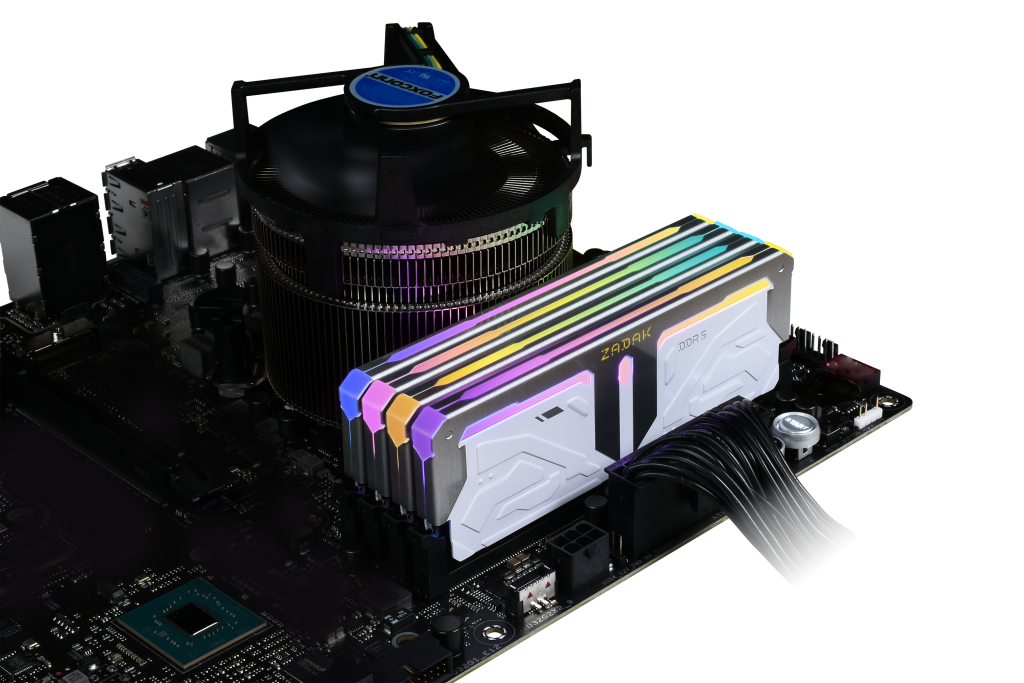 Aside from unlocking speeds over 7GHz, DDR5 memory also brings big upgrades to power management. Power is no longer handled by the motherboard, with a PMIC (power management integrated circuit) module replacing this. DDR5 also uses less power, consuming 1.1V instead of the 1.2V consumed by DDR4 memory. With both changes combined, power usage is significantly lowered on DDR5 memory.

Zadak has been working closely with motherboard manufacturers, including Asus, MSI, Gigabyte and ASRock to ensure its DDR5 memory is compatible with upcoming boards, while also ensuring stability and reliability. Zadak’s DDR5 memory is launching before the end of 2021 and will be supported on next-gen platforms from Intel and AMD.

KitGuru Says: We’re starting to see a lot of DDR5 memory modules announced. All that’s left is for Intel and AMD to announce platforms supporting the new standard.