MSI’s next-gen motherboards are all about gaming

MSI has debuted a load of imagery and details about its upcoming line of “Gaming” motherboards, which are focused on exactly that. While we’ll have to keep you guessing on what chipset it uses, we can tell and show you a lot about the upcoming range of boards.

First off, they’re coming in three dinstinct flavours: Gaming 3, Gaming 5 and Gaming 7, each supporting SATA-Express and coming complete with a SATA-Express add-in card. This has the potential to deliver as much as 10 Gb/s bandwidth, so if you have a couple of SATA III SSDs you’ve always wanted to run in RAID 0, now you’ll be able to. 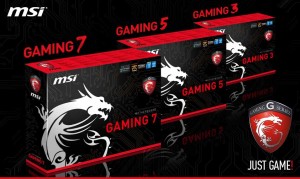 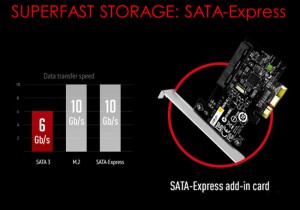 However if you don’t want to fill up one of your valuable PCIe slots (how many you have to spare will be dependent on which board you go for) then there’s always the comparably fast option of the MSI M2 connector. 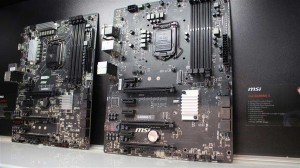 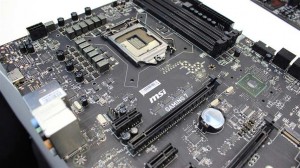 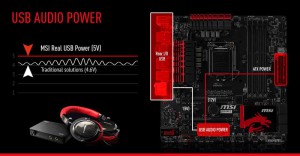 If you’re a streamer and don’t already have your own software set up, MSI is also offering a free six months subscription to its XSplit Gamecaster service, letting you broadcast to your heart’s content. For the next six months at least.

Unfortunately we have yet to have any word on release date or pricing.

KitGuru Says: What do you guys think of these new boards? Looks like MSI put a lot of attention into the little details, but will that sway you into making your next mobo purchase a MSI one?

Leo checks out the NZXT N7 Z590 motherboard... and finds looks aren't everything