Approaching Computex from the Geeks point of view – it provides a gorgeous concentration of technologies spread across multiple locations in Taipei for a week. But this year, there was a serious restriction placed on the number of local folks who could get in. The show's organisers had listened to exhibitors and the result was a much more serious, customer-focused show. KitGuru brings the story to life, Kodak style.

In the highly competitive power supply market, few companies manage to develop new high-level products as consistently as Seasonic. Even when the company gave extra emphasis to ‘affordable designs' last year, it still managed to command a premium in most markets. What you will have seen is the kind of results the company's power supplies achieve in KitGuru Labs' testing.

What you wouldn't normally see is the way that Seasonic deals with customers behind the scenes. It is, quite literally, one of the friendliest companies you're ever likely to encounter.

Computex is a fast paced setting, but this year there was an active effort to restrict ‘regular people' from getting in. The focus was pushed onto corporate buyers – the chaps who place orders for the likes of Overclockers etc. Even so, the halls were still constantly buzzing. 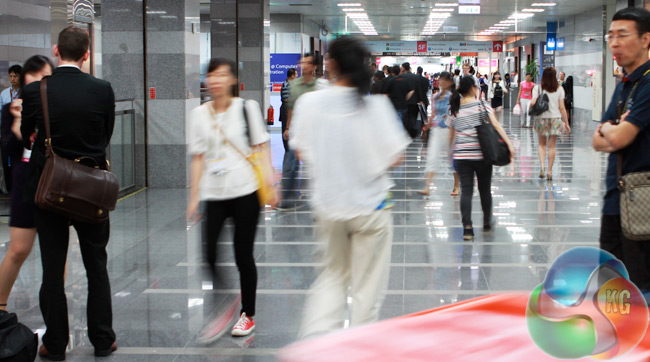 With so many people roving through, you need a sizable stand to (a) attract attention and (b) provide creature comforts while you show off your latest products.

If you took a stand like Seasonic's and dropped it into a UK show, it would seem massive. In the context of Computex, it is actually quite modest. 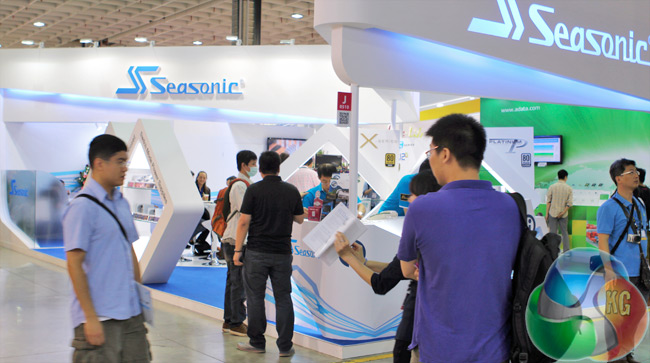 Overall, the Seasonic approach is relaxed. When you're capable of producing the ‘Rolls Royce' of power supplies, then there's no need for a lot of ‘18,000 rpm noise-making' to attract attention.
Maybe just add a little heart.

One of the key items on display at their stand is the excellent Platinum 1200W Modular Power supply which scored very highly in our review. We managed to get 1345 watts from the supply before the protection circuity kicked in. Ripple suppression was also excellent – rating well within industry specifications. Maximum efficiency rated at 94.3% in our tests.

If you own a high end Crossfire or SLi system then this power supply should definitely be making the final shortlist. We also managed to get access to another high end unit from Seasonic so check back in a couple of days for a full analysis on that one. 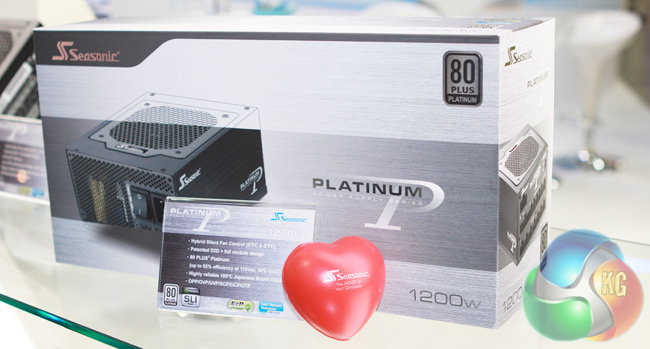 .So having traveled for a day to Taipei, checked in, fought jet-lag and finally made it to the hallowed halls of the Nangang Exhibition Centre, what kind of welcome awaits?

On the Seasonic stand, customers were greeted by the soft and inviting partnership of Nils Stallmach and Ray Milton.

There now weary traveler. Doesn't that make it all worth while? 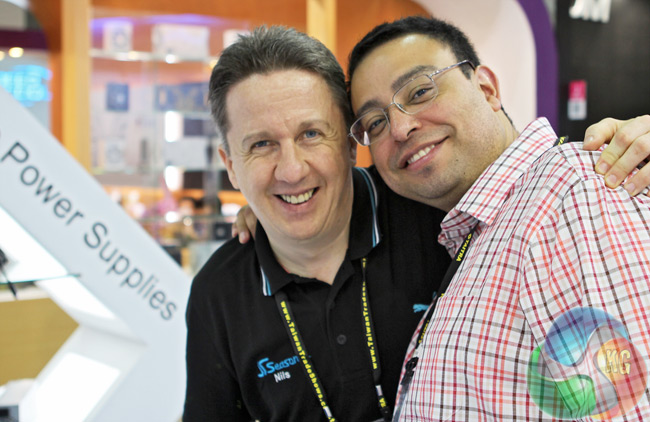 KitGuru says: One of the biggest problems with shows like CeBIT is that the organisers are worried that the show looks dead. As a result, they pushed tickets to the German public – which resulted in companies pulling back their stands inside the ‘Planet Reseller – Trade Only' area. Computex has taken the step to reduce the number of consumers entering and, as a result, has made the show stronger – to the benefit of companies like Seasonic.