Crucial, a division of Micron Technology, plans to introduce the world’s first solid-state drive based on Micron’s NAND flash memory made using 16nm process technology early next month. The new SSD will reportedly be showcased at Computex Taipei 2014 trade-show. The fresh drives promise to be significantly less expensive than competing models.

While the exact specifications of the Crucial MX100 SSDs are unclear, it is expected that the new will deliver performance akin to that of Crucial M500 and will succeed it on the market. The M550 solid-state drives from Crucial will remain the highest-performing consumer SSD from the company, reports Hardware info. It is highly likely that the MX100 drive will be based on a Marvell controller with custom firmware from Crucial and Micron, though, this is clearly not cast in stone since the 16nm NAND flash will be used for an SSD for the first time. 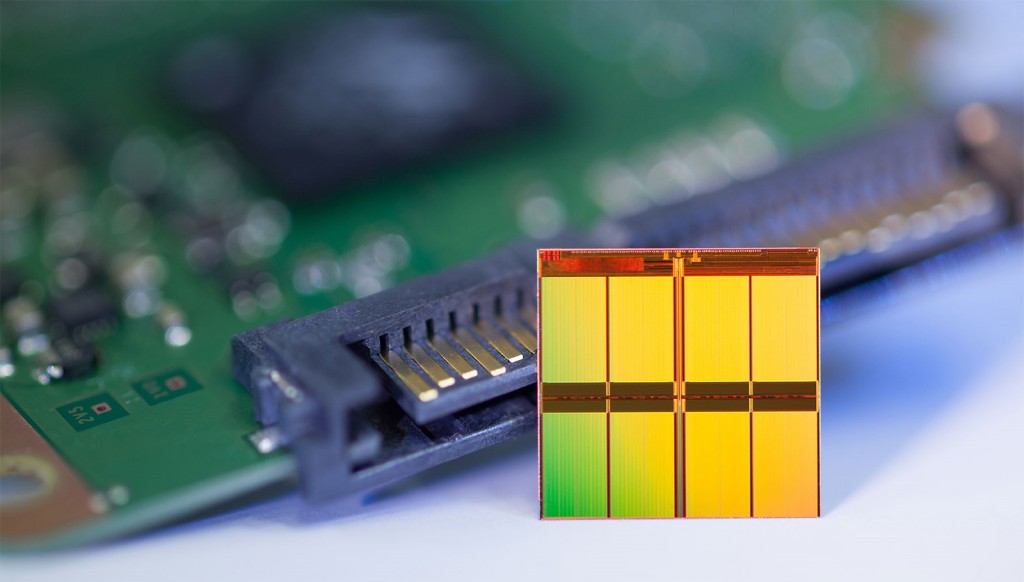 While the MLC [multi-level cell] NAND flash memory produced using thinner process technologies is more cost-efficient than the flash memory made using thicker fabrication processes, the former memory type is also less reliable than the latter (since it can endure slightly lower amount of write/erase cycles). SSD makers have to use various techniques to to overcome the reliability issue.

Micron first announced 128Gb multi-level cell NAND flash memory in July, 2013. While the mass production of the new memory began some time ago, SSDs based on it have not reached the market yet. It takes a long time for SSD developers to create proper firmware that ensures high performance and high reliability of drives powered by MLC NAND made at thin nodes.

Crucial and Micron did not comment on the news-story.

KitGuru Says: It remains to be seen whether the 16nm MLC NAND and MX100 SSDs will let Crucial to significantly cut the SSD price compared to existing devices powered by 19nm MLC NAND flash or  TLC [triple-level cell] NAND (the latter are currently available only from Samsung Electronics). While it is obvious that 16nm MLC NAND is cheaper to make compared to 19nm MLC NAND, pricing of TLC NAND for SSDs is largely a mystery…