The new OCZ Z-Drive 6000- and 6300-series SSDs are based on Toshiba’s MLC [multi-level cell] or eMLC NAND flash made using 19nm fabrication process as well as scalable PMC Sierra controllers for enterprise-class storage. The new drives will be offered in 2.5”/15mm and PCI Express HHHL [half-length, half-height] form-factors with PCI Express 3.0 x4 physical interface (with a hot-pluggable SFF-8639 connector in case of 2.5” SSDs) and with 800GB, 1600GB, 3200GB and 6400GB usable capacities. The new SSDs from OCZ are among the first drives in the industry to support NVMe 1.1b protocol that reduces protocol latencies and dramatically boosts performance and efficiency compared to traditional storage protocols (SATA, SAS, etc.) that were not designed for ultra-fast solid-state storage devices. The drives support end-to-end DIF, ECC and CRC data protection, power loss protection and even hot-swap capability (see detailed specifications at the end of the post). 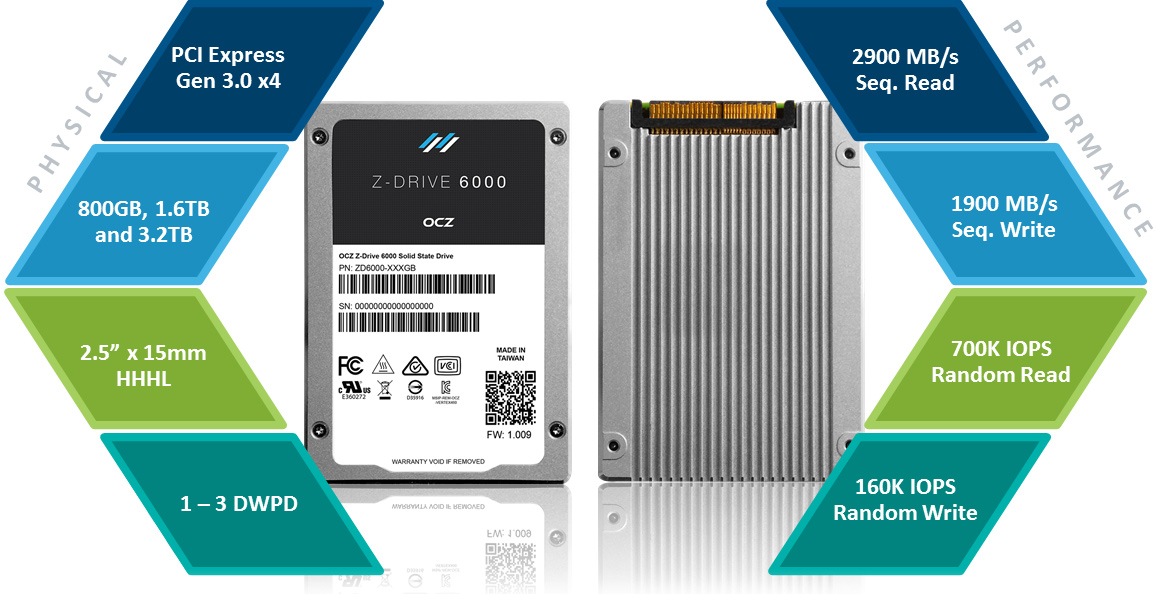 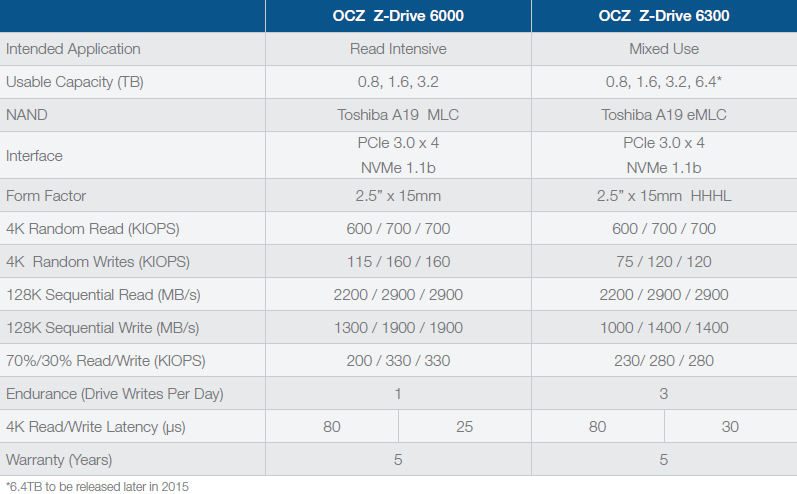 “Our NVMe implementation yields dramatic boosts in the number of random I/O operations per second that an enterprise system can process and provides the reductions in I/O latency responses that OEMs require,” said Daryl Lang, chief technology officer for OCZ Storage Solutions. “As the NVMe standard represents new platform and infrastructure opportunities for OEMs, our Z-Drive 6000 Series delivers leading headline performance, coupled with large capacities, dual port capabilities, hot-swappable 2.5-inch and HHHL add-in card form factors that position this series as the highest performing and most robust for this class of products.”

Since the new OCZ Z-Drive 6000 and 6300-series SSDs are designed for compute-intensive, analytical, online transactional and cloud-based enterprise applications that require high-performance and low-latency I/O responses, their prices will be too high for the mainstream PC market. Nonetheless, ultra-high-end desktops from boutique PC makers could be equipped with the Z-Drive 6300-series drives to offer unbeatable storage performance.

OCZ is currently sampling its NVMe-compliant Z-Drive 6000 and Z-Drive 6300 SFF models to key customers and partners.

KitGuru Says: Without any doubts, the new OCZ Z-Drive 6000-series SSDs for servers and workstations are impressive. Now it remains to be seen what OCZ will offer to consumers. NVMe protocol is designed for all types of storage applications and can be a benefit for different kinds of SSDs.

Previous 250+ tech firms take stand against Obama’s TPP
Next Would you heat your house with a Facebook server? 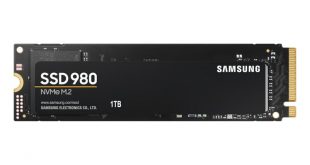