ADATA has launched a new M.2 SSD drive. The Falcon SSD is capable of reaching sustained read/write speeds of up to 3100 and 1500MB/s respectively, using a PCIe Gen3 x4 interface that complies with the NVMe 1.3 standard.

This new solid state drive from ADARA uses the M.2 2280 form factor, meaning that it should be compatible with the vast majority of motherboards that support M.2 SSDs. The Falcon also comes equipped with support for LDPC (Low-Density Parity-Check) error correcting code technology, which ADATA claims can prolong the drives' lifespan. 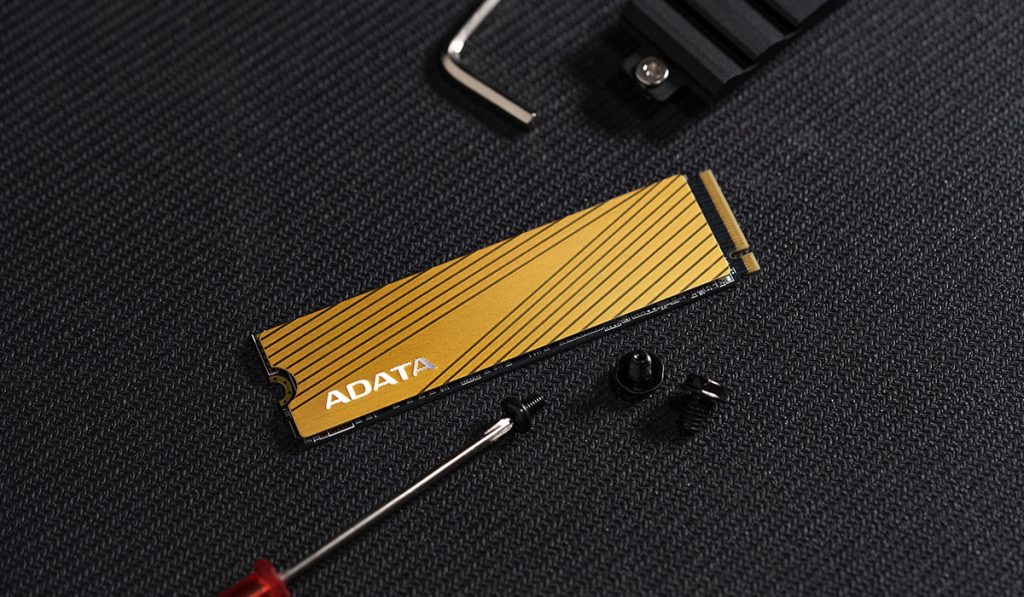 Falcon SSD also feature AES 256-bit encryption, and up to 180K IOPS for random reads and writes. Lastly, the eye-catching gold heatsink is made from an aluminium alloy, which ADATA claims ‘not only look[s] good but also keeps things cool for stable operations during intensive tasks.'

ADATA has yet to reveal the pricing and a release date, but you can find out more on this drive over HERE.

KitGuru says: Are you interested in the Falcon SSD? Have you bought any products from ADATA? If so, what's your experience?