Every now and then, a product comes along that tickles a lot of fancies. SSD is already sexy, the idea of running your whole system from RAM is like a dream come true for the hundreds of millions of geeks out there who can still remember when a 1.2MB floppy was considered ‘High Density’. KitGuru puts its trained ear to the ground and looks for an answer to the question, ‘So just how popular are the latest SSD drives?’.

Like they said in the film, each generation has its own Golden Child. With the launch of the original SSDs, that Golden Child was the Intel X25 series. Only problem was that it was too good. It has taken a long time for other vendors to put a strong enough contender in the field that Intel might actually have to respond. Right now, we believe that Intel has more than 50% of the 120,000 a year SSD market. Can anyone knock them off top spot?

Zardon is presently torturing a range of SSD drives in the KitGuru Lab, and a series of verdicts will begin to surface shortly. In the meantime, we’ve been doing some qualitative research and the word on the street is that Crucial seems to have a winner on its hands with the new C300 series.

How can you tell if something’s good?  There are a few techniques, here’s a quick list of the most important ones:-

Checking around some of the stores, that’s exactly what we’re seeing with the 64GB Crucial C300.

KitGuru says: With a market of 10,000 units every 4 weeks and half of those sales being loyal to Intel, we’re wondering how many of the remaining 5,000 drives will be Crucial C300s over the next 12 months? If there’s no stock – maybe not that many. Come on Crucial, pull your finger(s) out and fill up the shelves!

Do SSDs float your boat? Let us know in the KitGuru forums.
. 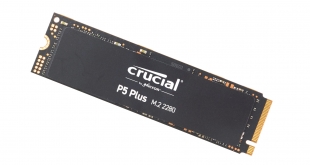