Over the last couple of years, we have been inviting readers to share their thoughts on hardware with us and our readers. In January, reader Ant Bird won an ASRock motherboard from us and promptly supplied a review for it. Today, he is returning again, this time around he didn't win anything, but Ant did recently upgrade from a Samsung 850 EVO SATA SSD to a Samsung 960 EVO M.2 SSD and has kindly taken the time to benchmark it and put his thoughts down.

Ant Bird's piece on upgrading to an M.2 SSD can be read in full below:

When I first made the move from a mechanical hard drive to an SSD, about three years ago, gone were the days when I’d turn on my computer and have time to go and make a cup of coffee before Windows 7 had finished booting. It was a revelation to say the least and a worthwhile upgrade, just I was told it would be.

A couple of weeks ago, I got a pop-up on my screen saying that my hard drive was almost full and a decision had to be made, delete stuff or get a bigger drive. I opted for the latter and once again thought instantly of Samsung EVO, this time, the 960 NVMe M.2 sounded like a solid idea. Reviews and performance all looked great, but would I see any real performance benefit going from SSD to SSD or would extra space be all I’d be getting? 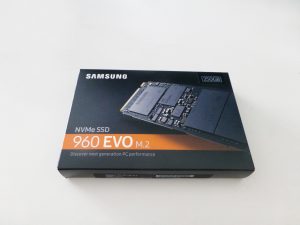 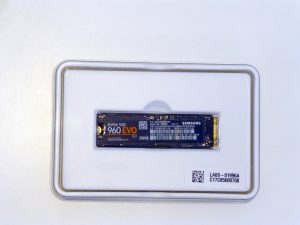 There’s nothing particularly exciting going on in the box. The drive is tiny though. I knew it would be, but actually seeing it was kind of cool, it’s about the size of a stick of DRAM. Under the tray with the drive is a little instruction manual showing how to fit the drive and a flyer suggesting that you download Samsung Magician and Data Migration software. 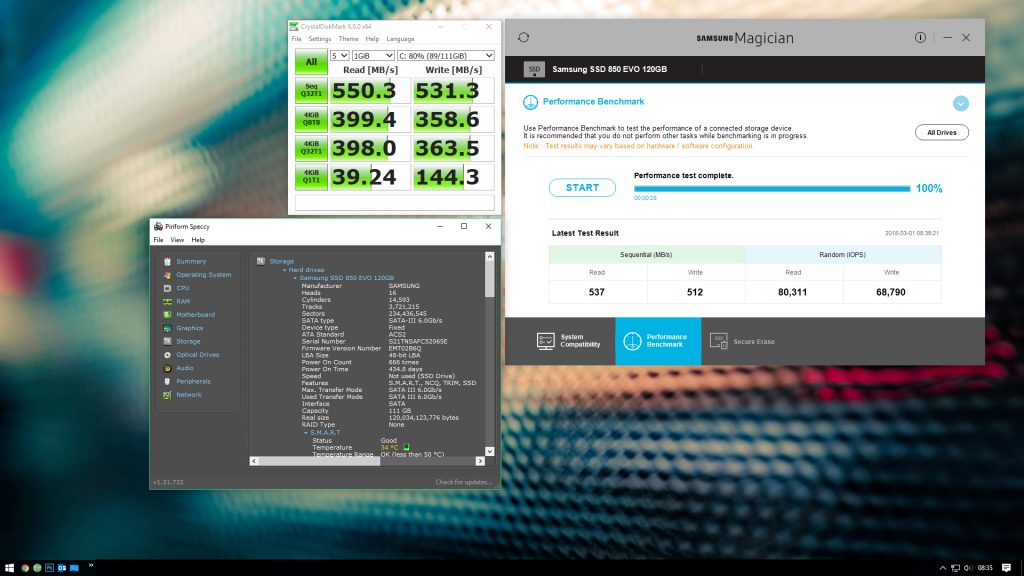 Before I pulled out the screwdrivers, I benchmarked the old drive. With Samsung Magician and CrystalDiskMark 6. As the 850 had just been a system and programs drive, only 8TB had be written to it in my three years of use, which wasn’t too bad. Stats from Speccy also showed that I don’t turn my computer off that often as the drive had been powered on for 434 days. Operating temperature was normally around the 30°C mark when idle, up to around 35°C after the CrystalMark test.

Performance hadn’t degraded much over time or use, still hitting around 550 for read and 530 for write. 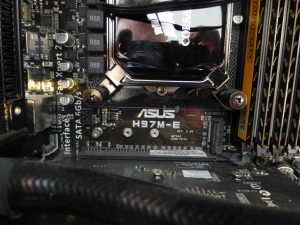 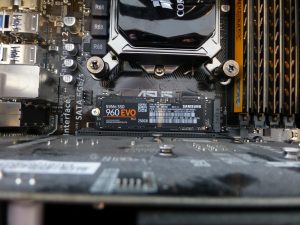 I’ll be honest, this was a little bit of a pain in terms of an upgrade. I can see how everything would be ok for a new build, but I had to remove quite a few components to get to the M.2 slot on my Asus H97M-E motherboard as I don’t have the smallest hands in the world. The GPU came out, some mobo cables and the radiator and fan for my Corsair H60 AIO as the tubing was just in the way. You can see this in the third photo below once I’ve put everything back together. Apart from that though, screwing in an M.2 drive was simpler than putting in my original 2.5-inch SSD.

Moving the old data to the new drive: 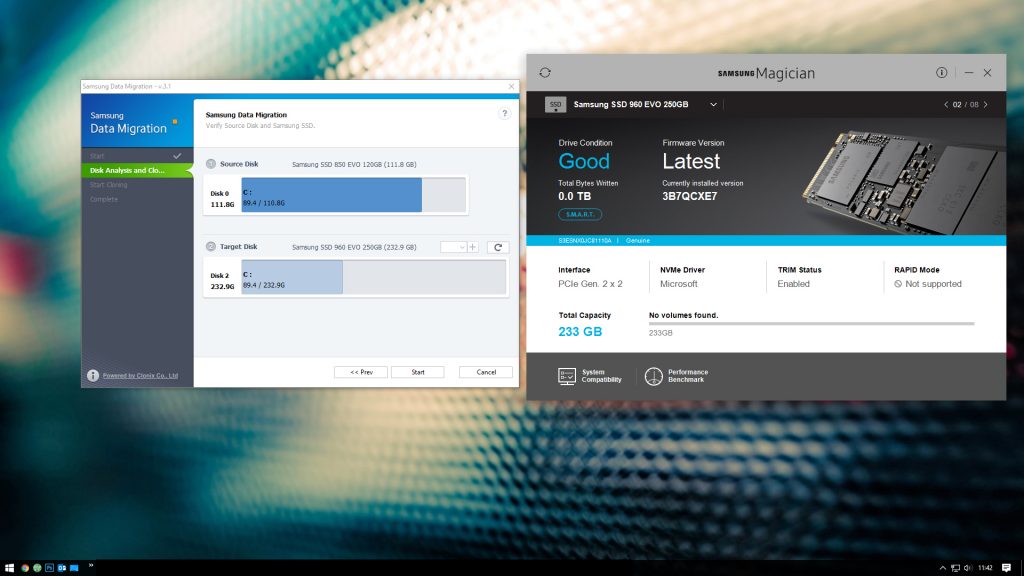 Samsung make this nice and easy with their Data Migration software.

You simply select the drive you want to copy your files from and the new drive to copy to, make sure you’ve closed any documents and files and then click Start. As my drive was only small, this took about 20 minutes to complete. I then shut down my PC and booted in to UEFI BIOS.

Setting the M.2 as the boot drive:

This was a bit trickier that it should have been. The ASUS BIOS didn’t make it immediately obvious how to select the 960 as my main drive. Whilst the board recognised the drive, it wasn’t on my list of options for boot devices in EZ Mode.   After going in to Advanced Mode and wading through a dozen menus, I finally found a priorities list that allowed me to move the 960 up so that it appeared in the boot list options in EZ Mode. With that done, I was able to shut down my PC, disconnect the 850 and then boot up from the 960. 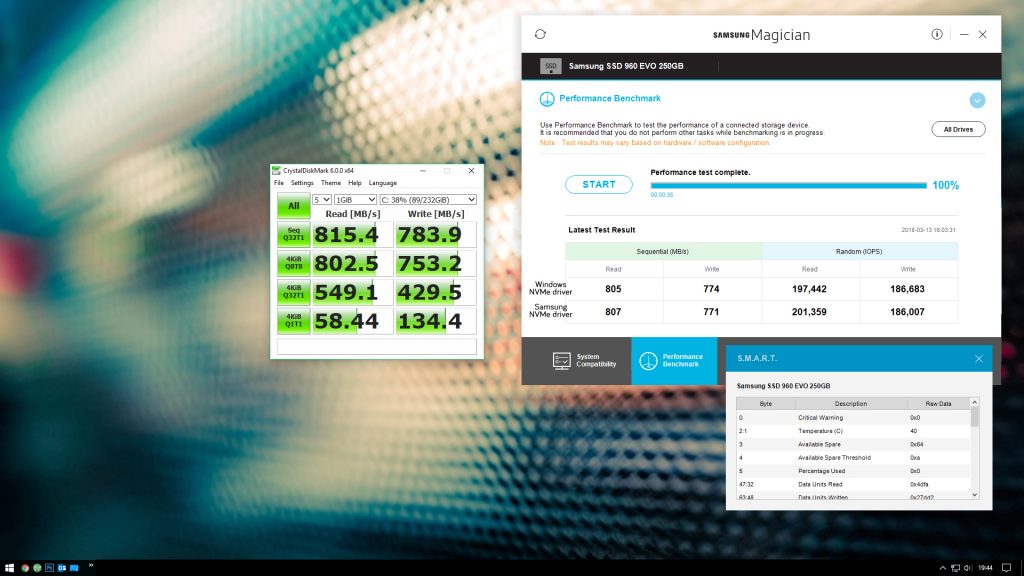 When the drive is first installed, it uses the Windows NVMe driver. I benchmarked with this first, then installed the Samsung NVMe driver instead. I noticed a small increase in the benchmark, but nothing massive (highlighted in the image).
Overall though, benchmark performance compared to the 850 suggested a 33% increase in Read and Write speed.

Having sat with it for a few weeks now, in reality I’ve not seen much in terms of performance gain. I’ve shaved a whole 2 seconds off of my boot time, getting it down to 43 seconds and I’m sure that programs probably are loading and working a bit faster, but it’s pretty much imperceptible.

Still, it’s nice to have the extra hard drive space and hopefully there won’t be any need to upgrade again in the future.

KitGuru Says: Thanks to Ant for sharing his review with us- always good to see keen readers getting involved!