Samsung has revealed its latest curved monitor, sporting the 21:9 ultra-wide format, which has been growing in popularity over the last year or so. The SE790C curved monitor has a resolution of 3440×1440 and a 3000R curvature, creating a more immersive viewing experience.

This monitor is going to be marketed towards gamers, with a dedicated ‘Game Boost' feature, which will adjust color and contrast depending on the current scene on display. It will have built-in speakers but as always, you are probably better off with your own pair. This monitor won't be cheap though, over in the US it will cost a hefty $1199.99. 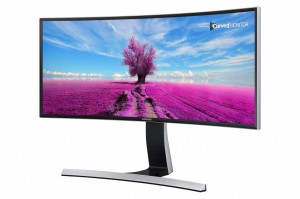 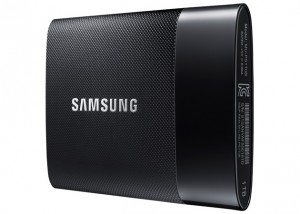 Elsewhere on the CES show floor, Samsung also revealed its new super small, portable solid state drives, which come in 250GB, 500GB and 1TB capacities. These SSDs are very small and made for those who need speedy external storage, the portability will cost you though, prices start at $179.99 for the 250GB model and going as high as $599.99 for the 1TB version. There is currently no release date listed for the monitor or the SSDs.

KitGuru Says: The curved monitor looks nice but at that price, it is going to be off limits to many. It will be interesting to see how well the portable SSDs perform as well. What do you guys think of Samsung's two new products?