Though we have seen a general increase in files sizes with each new generation, the Call of Duty titles consistently appear to be some of the worst offenders in that respect. While many had hoped that the introduction of SSDs would allow for less duplication of files, lowering overall file sixes, it appears as though this won’t be the case as Black Ops Cold War will take up to 190GB on the Xbox Series X for a full install.

Reddit user ‘Seanpr92’ shared a photo of the install screen for Call of Duty: Black Ops Cold War on the Xbox Series X, revealing that when all is said and done, the first-person shooter takes up 187.9GB of storage. While not as large as the PC version, which can take up to 250GB, it is still a massive amount of storage space, especially when the Series X only has around 800GB of usable storage (without any added expansion). 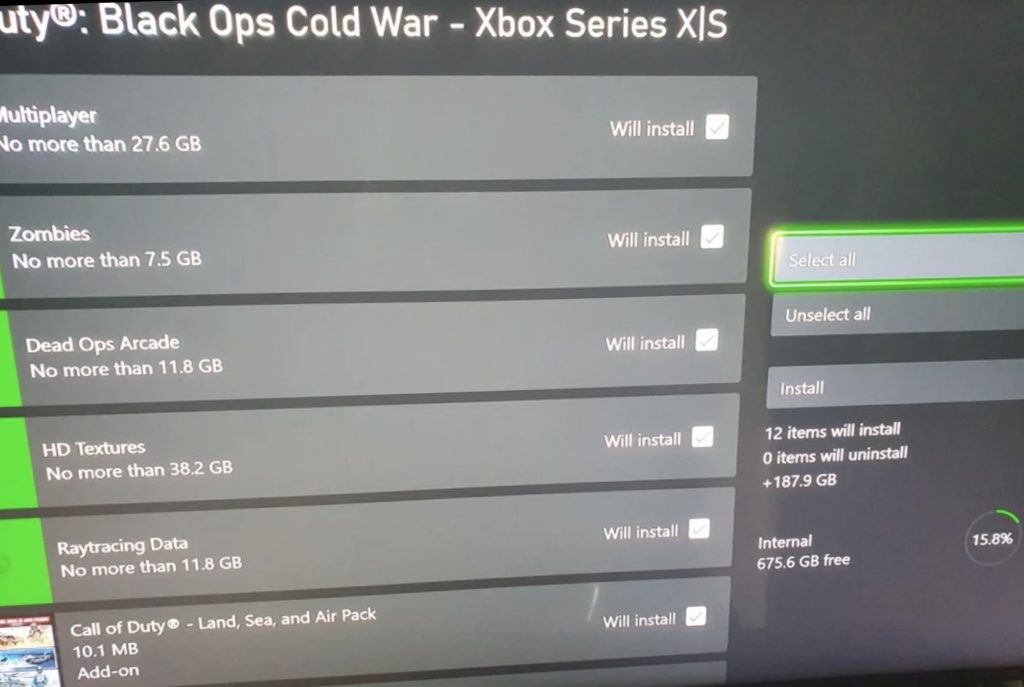 This is even more worrying when considering the fact that previous Call of Duty titles have seen their file sizes increase over time due to patches and added content, meaning that 187.9GB is theoretically the lowest the game size will ever be when fully installed on the Series X.

Luckily, Activision has accounted for its massive size by allowing users to selectively install parts of the game, including Multiplayer, HD textures, and even ‘Raytracing data’, meaning that users can whittle the size down somewhat. Still, with Call of Duty already taking up almost 200GB at the launch of the generation, it’ll be interesting to see how much space it will take near the end of the generation.

KitGuru says: Do you think files sizes have gotten too big? Is Call of Duty’s solution good enough? How big is your hard drive? Let us know down below.