One of the main evolutions in technology coming to the upcoming generation of consoles is the implementation of SSDs over mechanical harddrives. While Sony’s SSD will offer a more standardised size (despite being custom made) allowing for relatively easy expansion, Microsoft has announced that its SSDs will arrive in proprietary casing. While little else is known about the external SSDs at this time, a new leak has allegedly revealed that a 1TB expansion will set users back by $220.

Xbox insider ‘Idle Sloth’ took to Twitter to reveal a photo of what appears to be an online store showcasing the product page for a 1TB SSD expansion card for the next generation Xbox. according to this product page, this variant will set users back $219.99, which is almost as much as the Xbox Series S ($299). 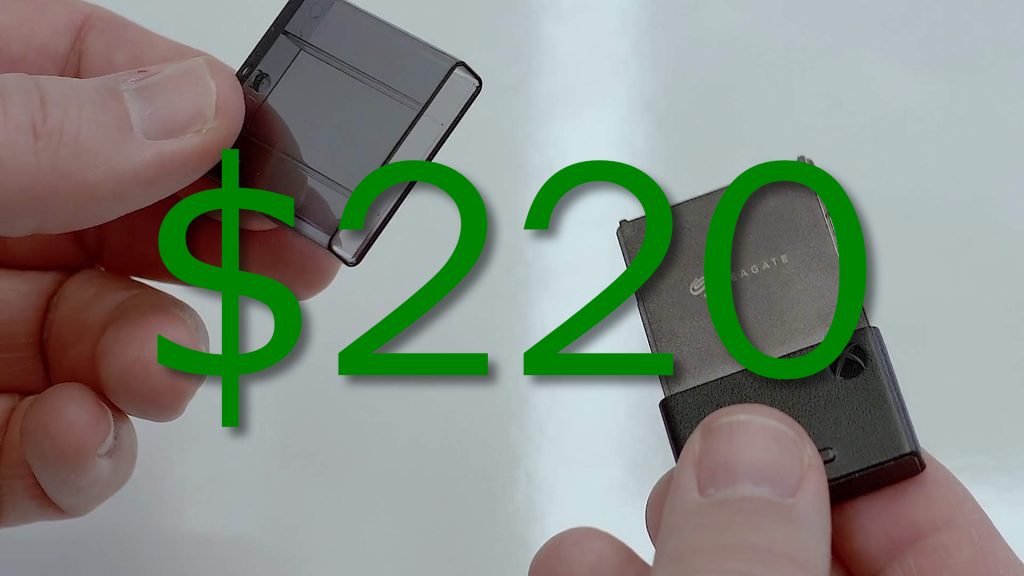 With the Xbox Series S offering a mere 512GB of storage, and games such as Modern Warfare taking up 200GB of space, the proprietary nature of the Xbox SSD’s physical design may be an issue for some. The PlayStation Vita launched with a custom expansion card, and due to this fact, expanding the handheld’s memory presented a challenge, and was ultimately deemed to be one of the core reasons for the portable console’s commercial failure.

Of course, this must all be taken with a pinch of salt until Microsoft themselves confirm it. Still, it’ll be interesting to see just how much the Xbox’s external SSD prices change over time, and whether it will be a deal breaker for some potential customers. Time will tell.

KitGuru says: What do you think of Xbox’s custom SSDs? Do you think 1TB of external storage is enough? What about the Series S’ 512GB? Let us know down below.