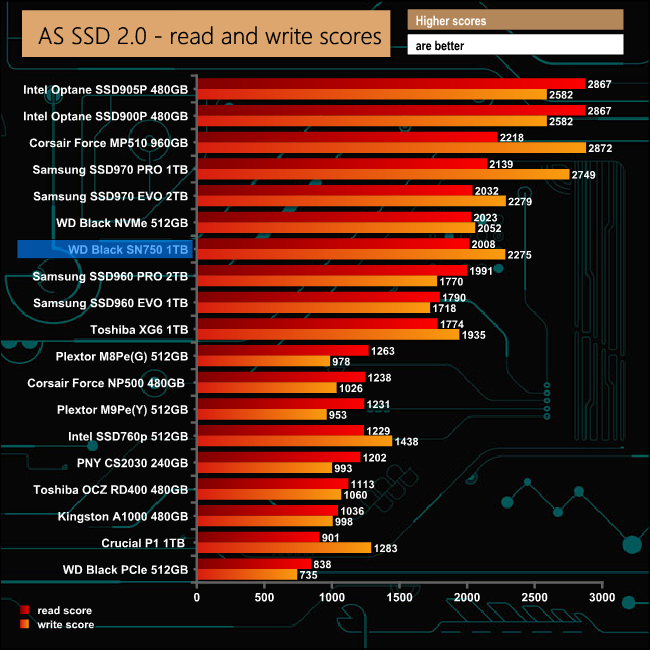 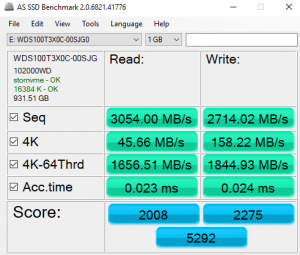 With the tougher AS SSD benchmark, the drive could only reach 3,054MB/s for Sequential reads with writes trailing in at 2,714MB/s. The overall read score of 2008 is a little shy of the read score of the previous WD Black NVMe drive but the write score of 2275 is much better than the previous drive’s score of 2052.