In-case you weren't aware already, running a virtual reality headset is not something many PCs can do. In-fact, based on the recommended specifications, it's something only a few per cent of PCs can do. That won't always be the case though, with incoming software tweaks making it so VR could actually be the cheapest, entry level gaming solution in the future. 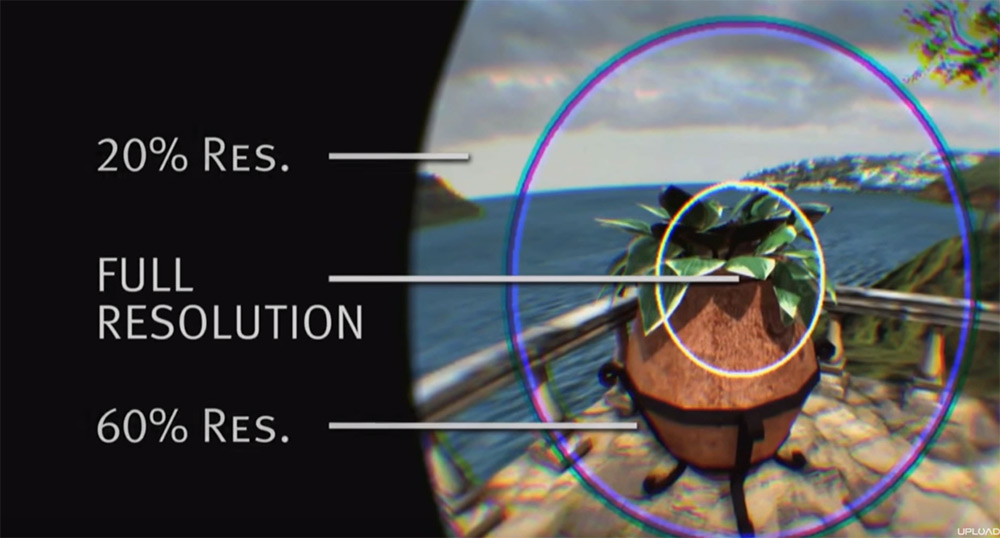 That sounds ridiculous of course. How can VR go from having one of the highest minimum specifications for hardware to having one of the least? It's all to do with the fact that while VR lets you see more than ever before, it doesn't need to. With a 2D screen display, everything on it needs to be in high-focus, high-resolution and high-fidelity at all times. That's not actually the case with VR.

It is right now, because without some way to track where the user is looking we need to make sure everything looks great, which is why the current specs for the Oculus Rift are so high – there's two high-resolution displays to power in there. But in the future, when eye tracking and foveated rendering come into play, that won't be necessary anymore.

What foveated rendering does is track where the user is looking and then render the scene appropriate to their eye placement. Like traditional optimisations that mean you don't need to render what's behind a gamer, or behind the next corner, foveated rendering means you only need to show the user's focal point in highest clarity. Everything else can be reduced, saving massively on system resources.

Although eye tracking isn't the easiest, it is doable and at CES this year SensorMotoricInstruments showed it working at 250Hz too, all integrated into a VR headset (as per RoadtoVR).

As VR headsets grow in detail and complexity over the next few generations, the effect of this technique on reducing performance overhead will only increase. One day soon, when we're all running 8K monitors, the headset, with eye tracking and foveated rendering could well require much less graphical overhead than that 2D display which needs everything in focus at once.