Oculus Touch is here and reviews seem to be very positive

The Oculus Rift and HTC Vive have been going head to head all year but so far there has been a clear, defining difference between the two headsets- motion controllers. The HTC Vive has often been applauded as the better buy as many prefer using motion controllers within VR, rather than a standard gamepad. However, the Oculus Touch is finally launching, blurring the lines and putting the Rift and Vive back on equal ground.

Oculus Touch controllers are designed to give you a real sense of hand presence within VR and while they are optional for Rift users, the reviews appear to paint them as an essential purchase for VR enthusiasts. 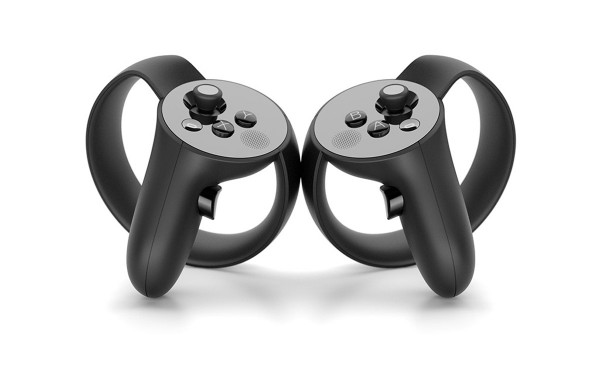 Polygon's review points out that most Vive games will also work with Oculus Touch right off the bat: “Oculus Touch is a great method of control for VR, the game library is already somewhat overwhelming in terms of great games, and Facebook is clearly comfortable investing in its own platform to fund the creation of great VR content. It’s also a piece of hardware that will play seemingly all of its competitor’s games, and support for Vive titles played on the Rift with a Touch controller will likely only get better with time.”

Engadget also agrees that Touch should be an essential purchase for Rift owners: “Oculus had one job: Bring motion controls to the Rift. With the Touch controllers, it managed to do that well. And, surprisingly enough, the company also proved it could make a damn fine game controller. If you've already invested in a Rift, the Oculus Touch is a no-brainer purchase.”

Obviously, the downside to Touch is the price tag, with the controllers costing £189 at launch, which brings the total Rift package more in-line with the HTC Vive's base price. With that in mind, it will be interesting to see how competitive these headsets end up being, as according to the court of popular opinion, the Vive has been leading the race for a few months now.

KitGuru Says: I am looking forward to trying out Oculus Touch myself but I understand why some may be put off, after all, the price tag is very high. Still though, with the Rift and Vive now on more equal footing, it will be interesting to see which way the market starts leaning.