We will learn more about Microsoft’s VR headsets in December

While Microsoft has been mostly pushing Augmented Reality this year with the Hololens, earlier this month the company revealed that it will also be jumping into the virtual reality market. Microsoft has partnered up with the likes of Asus, Acer, Dell, HP and Lenovo to bring out a line of affordable Windows 10 VR headsets in 2017, starting at $299. We will get our first look at these headsets quite soon too, as more details are due to be shared in December.

Windows 10 virtual reality headsets will be featured at two WinHEC events in December, the first of which takes place on the 8th, with the second one taking place on the 14th. 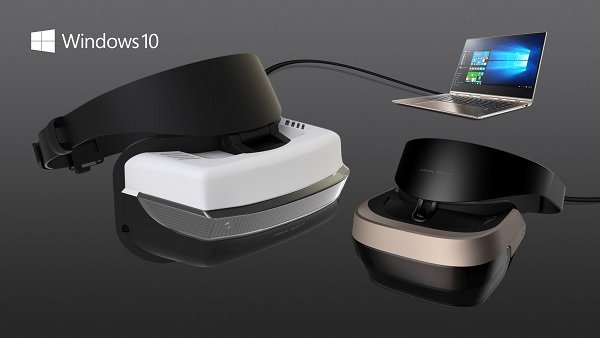 At these events, Microsoft will finally share some more detailed specifications for its virtual reality headsets. We will also get a look at Windows Holographic, which will play an important role when it comes to pushing Universal Windows Apps forward over the next year.

The main goal Microsoft has with these headsets is to reduce the barrier of entry for virtual reality, while also supplying a useful, less expensive option for creative and productive use. All of the required sensors are contained within the headset itself, removing the need for complicated setups or a VR-specific space.

KitGuru Says: As interested as I am in Microsoft's virtual reality plans, we do need more information before these headsets arrive next year. In particular, we are going to need details on screen resolution, refresh rate and field of view.

Previous Passwords are evolving: OneFaceIn lets you log in with your face and voice
Next Intel Kaby Lake CPU final clock speeds and pricing leak