Home / Software & Gaming / Security / Passwords are evolving: OneFaceIn lets you log in with your face and voice

Passwords are evolving: OneFaceIn lets you log in with your face and voice

Passwords have been around for so long at this point that it is almost hard to imagine a world without them. That said, Biometric options are now on the rise in our everyday devices, with fingerprint sensors now shipping in many flagship smartphones, some devices even come with Iris Scanners. So what's the next step up from that? Well, OneFaceIn aims to have the best solution yet by offering you a password you'll never forget- your own face.

OneFaceIn is a biometric password manager that requires a user's face, voice and synced device to pass the multi-stage authentication process. This adds an extra level of security as someone would need your face, voice and smartphone to access your accounts. 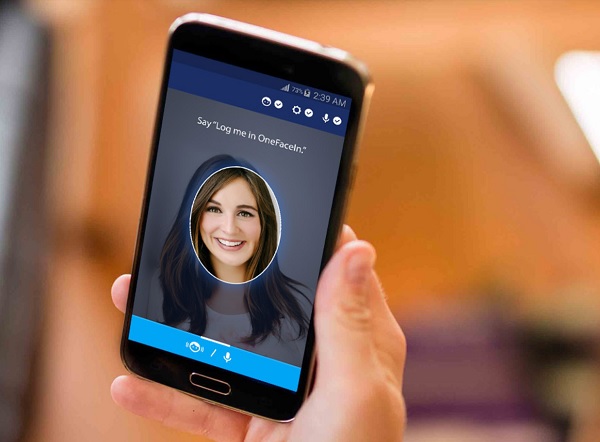 OneFaceIn's facial recognition relies on your smartphone's front-facing camera. The app will create some key data points, such as the distance between your own eyes, the depth of eye sockets, the width of your nose and the shape of your cheekbone amongst other facial characteristics, all of which will be stored locally on your device, rather than on some server that you have no control over. The facial recognition also implements something called ‘Liveness Detection', which protects against the use of still images or photographs to gain access.

The voice recognition system is similar in that it requires the use of your smartphone's microphone. The microphone will pick up your voice frequency patterns and create several key data points to reference back to whenever you attempt to log in. If everything matches up, you will be granted access.

KitGuru Says: While I do wonder how accurately a smartphone microphone could pick up unique voice patterns, the facial recognition side of this app seems completely feasible. Do you guys think Biometric passwords are the way forward? Are fingerprint scanners enough or should we be moving to something like this with facial and voice recognition?