Today alongside CES 2022, Corsair has launched the new and improved Corsair One i300 ITX gaming PC, packing an Intel Core i9-12900K processor and DDR5 memory with speeds starting at 4400MHz.

The new Corsair One i300 packs the latest and greatest from both Intel and Nvidia. For the processor, you can have up to a Core i9-12900K, and up to 64GB of DDR5 memory. For graphics, you can opt for an Nvidia GeForce RTX 3080 or RTX 3080 Ti depending on your budget. 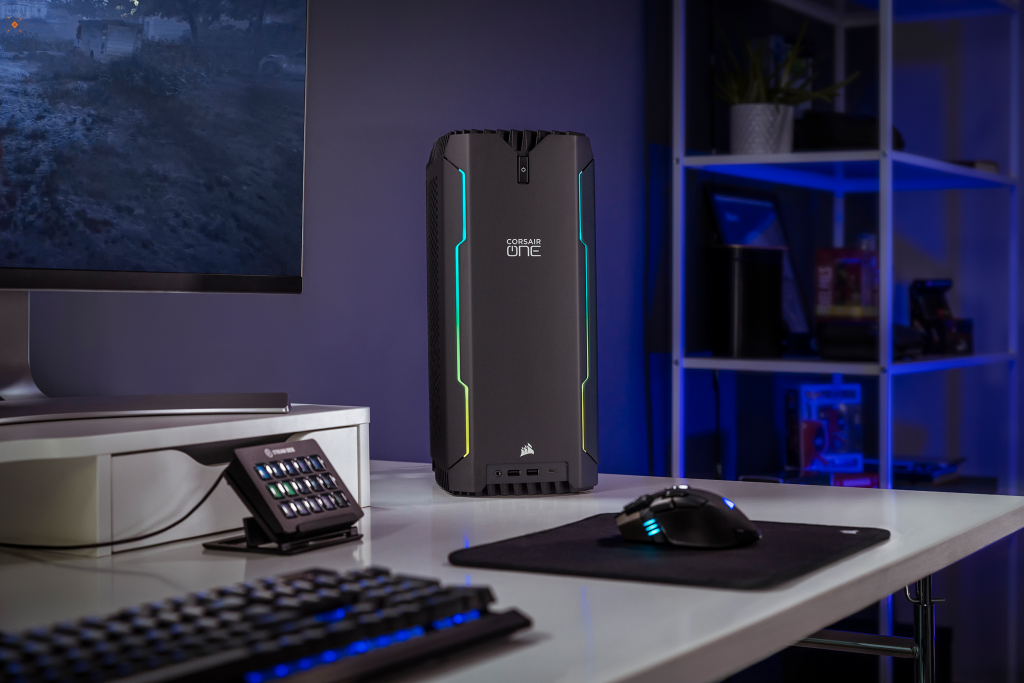 As usual, the Corsair One comes in its patented 12-litre case design, making it similar in size to an Xbox Series X console, but with much more power under the hood. For cooling, Corsair has a liquid cooling system in place for critical components, so temperatures should remain in check throughout lengthy gaming sessions despite the system’s small size.

The system also incorporates two Thunderbolt 4 ports, allowing for up to four 4K/HDR displays to be connected simultaneously. You can learn more about the Corsair One i300, including pricing and availability, HERE.

KitGuru Says: The Corsair One has been well reviewed for years now and somehow, Corsair is able to up the ante each generation with the highest-end gaming hardware available. What do you all think of the new Corsair One i300?