Microsoft appears to be experimenting with how we build and upgrade computers as the company has patented a new modular PC design, which would be upgraded by ‘stackable' components. Microsoft is describing this as a “modular computing device” and the patent actually dates quite far back, with it being applied for back in July last year.

Judging from the image (Via: VentureBeat), the system would be an all-in-one device, with components stacked underneath the display. These stacks would house things like the CPU, RAM and other hardware elements. 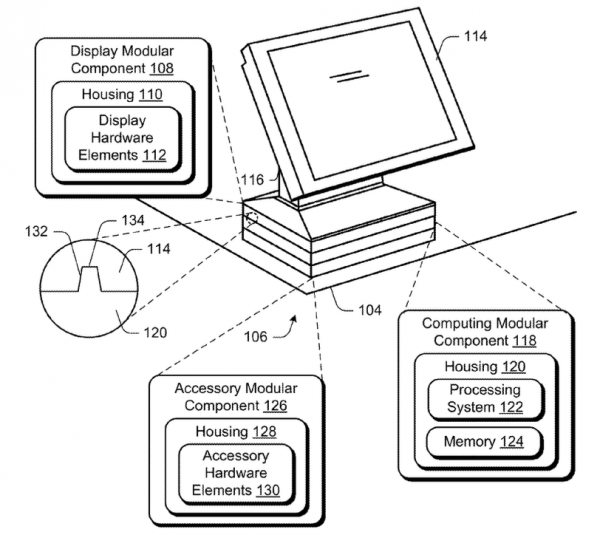 Microsoft has been pushing forward with its Surface brand recently so if a modular PC did come to market, it may even be released as part of the Surface line-up, alongside the tablet and laptop. Each component in the PC is connected magnetically, a bit like Google's Project Ara smartphone.

We have heard of similar concepts in the past, in fact back at CES 2014, Microsoft helped promote Razer's Project Christine, which was another modular PC design. However, it never made it to market and Razer hasn't really spoke of it since.

KitGuru Says: This is a pretty bold design coming from Microsoft and it would certainly be interesting to see a working prototype. Maybe we will hear more later on in the year. What do you guys think of Microsoft's modular PC concept?