The Raspberry Pi 3 adds more power for the same price

The Raspberry Pi first launched four years ago and to celebrate its birthday, a third iteration of the tiny computer launched today, featuring more power and additional features all at the same low price. The Raspberry Pi 3 comes with a 50 percent power boost over the Pi 2 with a whole new System on Chip (SoC) equipped with a 1.2 GHz 64-bit Quad-Core ARM Cortex-A53.

Aside from the new 64-bit chip, the Raspberry Pi 3 also features 802.11n WiFi and Bluetooth 4.1 for extra connectivity. 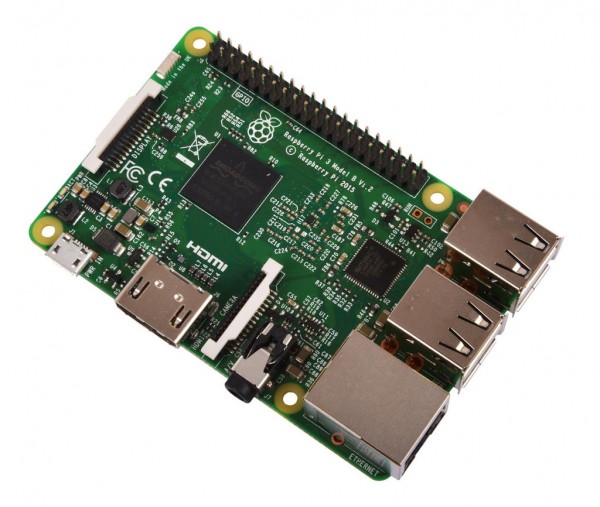 Speaking on the announcement, the Raspberry Pi Foundation said: “In celebration of our fourth birthday, we thought it would be fun to release something new. Accordingly, Raspberry Pi 3 is now on sale for $35 (the same price as the existing Raspberry Pi 2). All of the connectors are in the same place and have the same functionality, and the board can still be run from a 5V micro-USB power adapter. This time round, we're recommending a 2.5A adapter if you want to connect power-hungry USB devices to the Raspberry Pi.”

You can pick up the new Raspberry Pi for $35 in the US or £30 here in the UK. You can find a complete specification list and buy one, HERE.

KitGuru Says: Have many of you guys played around with a Raspberry Pi before? What do you think of the new version?