Each week, the Epic Games Store offers its users a number of free games. This week, fans of the digital platform can get their hands on three free games: The Escapists 2, Lifeless Planet, and Killing Floor 2. These titles are available to download now, and will remain so until the 16th of July at 4pm BST.

The Escapists 2 is the sequel to the popular prison escape simulator. Presented in a top-down pixelated art style, players will “risk it all to breakout from the toughest prisons in the world. Explore the biggest prisons yet! You’ll have to live by the prison rules, attending roll call, doing prison jobs and following strict routines; all the while engineering your bid for freedom!”

Lifeless Planet is a third-person action-adventure indie title which sees you discovering an abandoned Russian town on a distant planet. The game features an “old-school sci-fi story and spectacular environments in the spirit of classic action-adventures,” while taking inspiration from “Cold War era science fiction stories, posing questions about humankind's desire for space travel.” 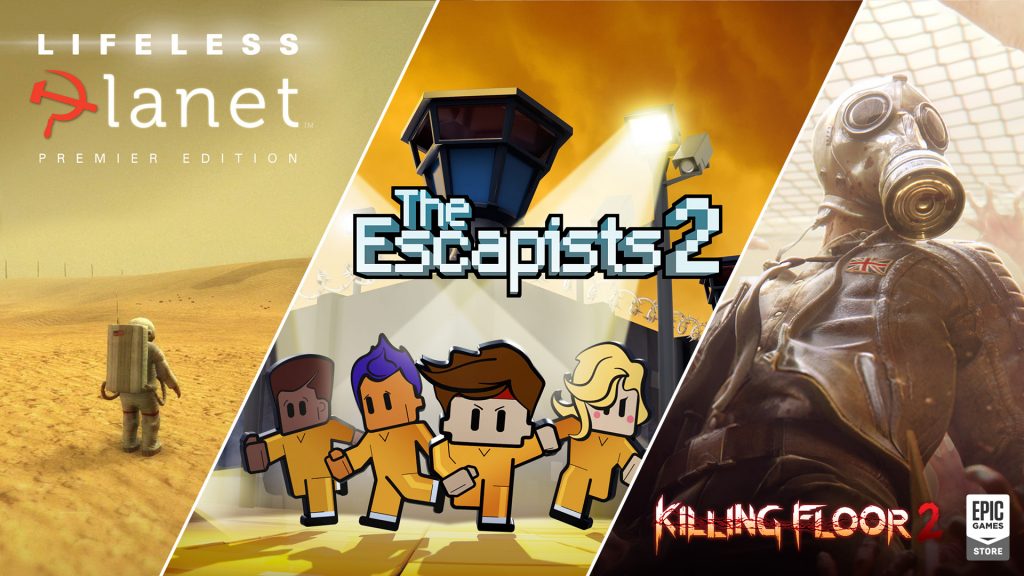 Killing Floor 2 is a co-op wave-based first-person zombie killing shooter which sees players “descend into continental Europe after it has been overrun by horrific, murderous clones called Zeds that were created by rogue elements of the Horzine Corporation”. Featuring “6-player Co-Op & 12-player VS Zed-slaughtering mayhem,” Killing Floor 2 offers a fun, stylish and tense experience – especially with friends.

All three of these titles are currently available to purchase and download for free from the Epic Games Store, and will remain so until the 16th of July at 4pm, at which point they will be replaced by the open-world isometric RPG ‘Torchlight II’.

KitGuru says: What do you think of this week’s offerings? Which game from the list interests you the most? Do you enjoy zombie games, or do you think the genre is too overplayed? Let us know down below.