Each week, the Epic Games store offers its users a number of free titles. This week, the store is offering three separate games all for free: 20XX, Barony, and Superbrothers: Sword & Sworcery EP. All three games are available to purchase for free from now until the 6th of August.

20XX is a roguelike platformer inspired both in visuals and gameplay by the classic series Mega Man. Featuring two-player couch and online co-op 20XX allows you and a friend to “Jump and shoot your way through ever-changing levels, collect awesome new powers, and battle mighty bosses in the name of saving the human race maybe!” 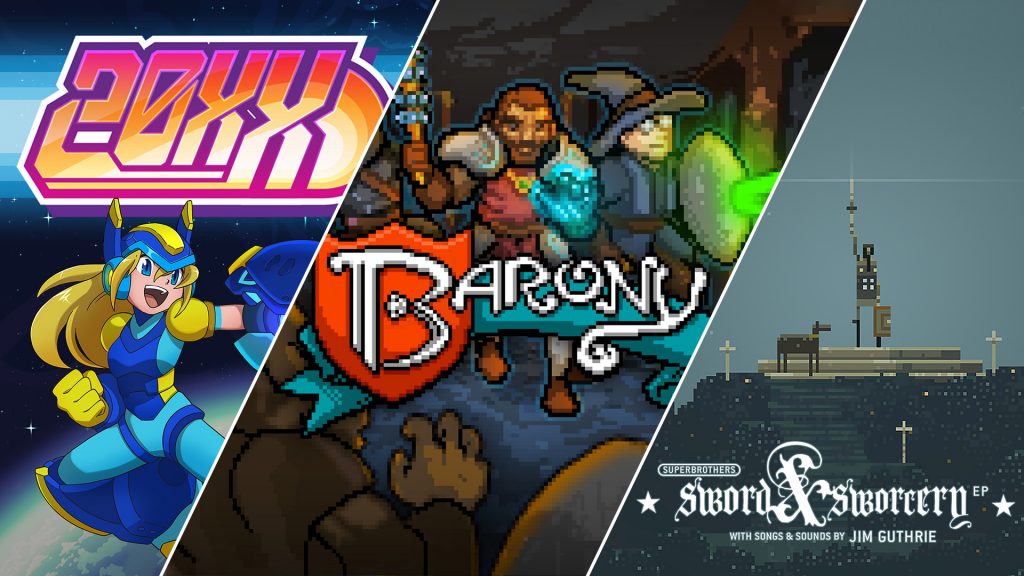 Another co-op roguelike, but this time first-person, Barony has you (and a friend) “Slay baddies, collect arcane treasures, invoke powerful spells, and tally up your death count on your way to defeating the forces of supernatural evil”. Described as “a love-note to RPG classics like Ultima Underworld, System Shock, & Daggerfall,” Barony received positive reviews upon its release in 2015 – with free updates and new DLC only improving the game further.

The final game on offer is Superbrothers: Sword & Sworcery EP. As can be understood from the name, Sword and Sworcery focuses heavily on its “album's worth of original music by noted composer Jim Guthrie ”. The game itself will have you “Guide a warrior monk on a laid back adventure in a bronze age mountain wilderness, overcome battles & solve mystical musical puzzles to help The Scythian complete her woeful errand”. Even if you choose not to play the game, the soundtrack is definitely worth giving a listen.

All three games will be available to download from today, the 29th of July at 4pm BST, until the 6th of August – also at 4pm.

KitGuru says: What do you think of this week’s offerings? Do you enjoy roguelikes? How often do you play a game co-op? Let us know down below.