Microsoft Flight Simulator will reportedly generate $2.6B in hardware sales

Every once in a while, a game comes out which inspires players to upgrade or purchase new hardware for the sole purpose of maximising their experience with that game. According to one research firm, Microsoft Flight Simulator is one such game, with the analysts predicting that over $2.6 Billion will be spent on hardware solely to play the title.

This report comes via Jon Peddie Research, a “global leader in tracking the hardware spend of gamers”. The company has “analyzed the sales impact of the release of Microsoft Flight Simulator 2020”, looking at “PC builds, processor upgrades, display upgrades, flight sticks and throttles, flight system control units, rudder pedals, simulation pit components such as seats and frames, and VR sales.”

When combining all of these purchases, and predicting sales of 2.27 million copies for the flight simulator over the next three years, JPR has estimated that $2.6 billion will be spent on PC hardware “with the specific intent of improving the game’s experience.” 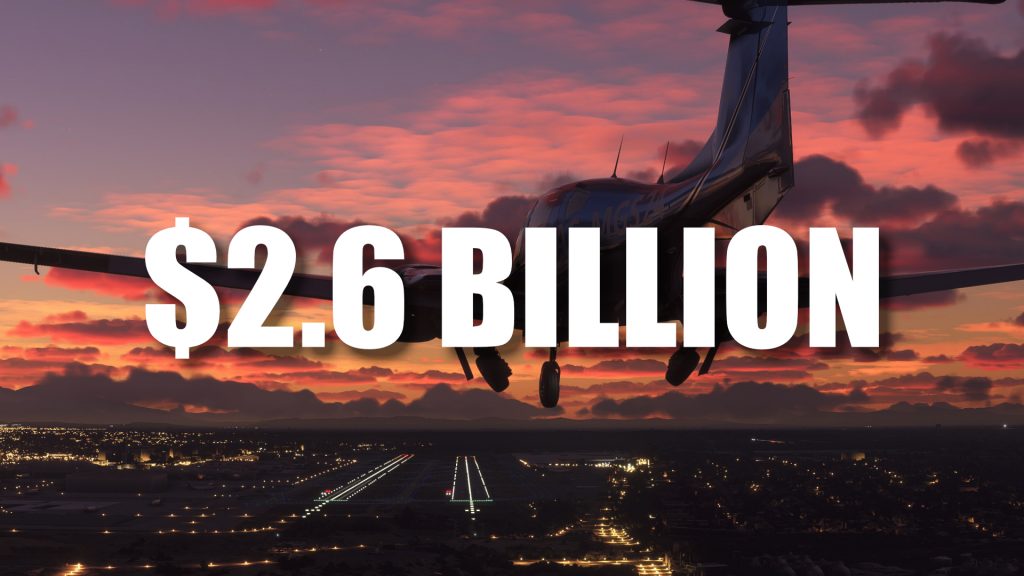 Explaining these figures, Ted Pollark, a senior analyst claimed that “flight simulators are incredibly demanding on processing capability and reward high resolution, large displays, and VR use. When new flight simulators are released, the hardware to run them at max settings and performance does not even exist yet.”

According to Pollark, “this creates a situation of constant hardware demand over the life of the title as fans chase the best experience. A significant number of flight sim fans only play flight sim. We took this into account when calculating whether the money will be spent specifically or partially because of this game.”

There is no doubt that Microsoft Flight Simulator is a visually impressive game. That being said, it is still surprising to see such a large figure attributed to the purchase of hardware solely in order to play this title. Of course, these are mere predictions – as interesting as they may be.

KitGuru says: What do you think of this report? Do you think associated hardware sales will exceed this figure or not? Have you ever bought new hardware specifically for a single game? Let us know down below.