Microsoft has ensured that its Xbox Game Pass subscription service sees an influx of new titles join the it regularly throughout every month. Furthermore, already available titles consistently get updated with mobile and cloud support. Such is the case with the second half of August, including titles such as Star Wars Jedi: Fallen Order, Twelve Minutes and more.

The games which are set to be coming to Game Pass during the second half of August are: 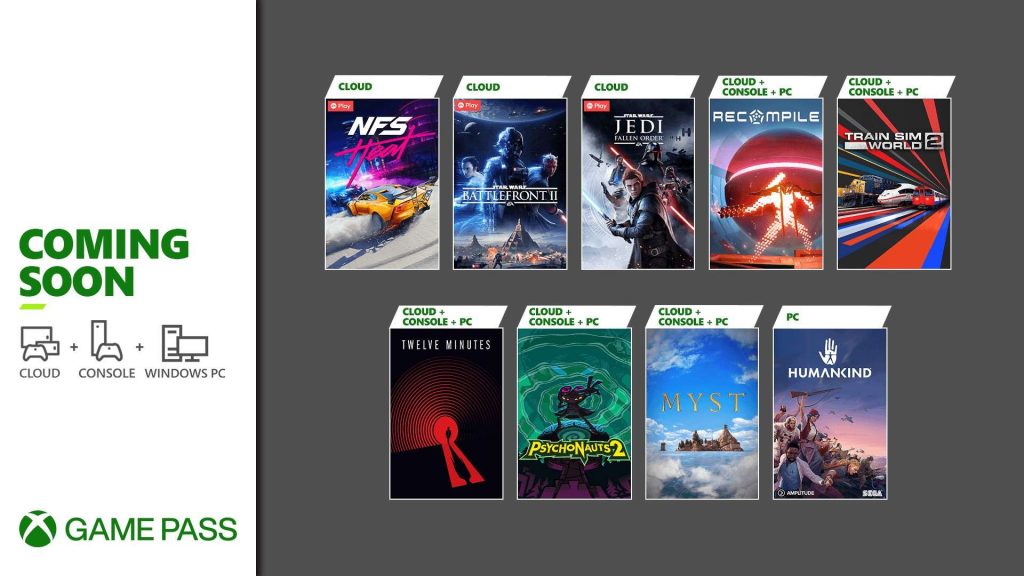 Leaving on the 31st of August:

The second half of August is filled with interesting indies such as Twelve Minutes (starring Willem Dafoe, Daisy Ridley and James McAvoy), as well as Xbox first party releases – namely Psychonauts 2. These games will be joining a list of more than 100 titles, available across Xbox, PC and mobile.