EK and MSI have partnered up once again to launch a new motherboard. Featuring an EK-Quantum CPU block, the EK-Quantum MSI MPG X570S Carbon EK X motherboard is an out-of-the-box water-cooled motherboard for AMD Ryzen processors.

With a 14+2 Dual Rail Power System with 75A power stages, users will be able to push their AMD Ryzen processors to the limit. To deal with excessive heat, the integrated flow indicator of the EK monoblock can cool both the CPU and the VRM efficiently.

The monoblock’s base is made of nickel-plated electrolytic copper, while the top uses CNC-machined cast acrylic glass material, with a part covered in a carbon fibre pattern. This motherboard comes with the nickel-plated brass screw-in standoffs pre-installed for easier installation. 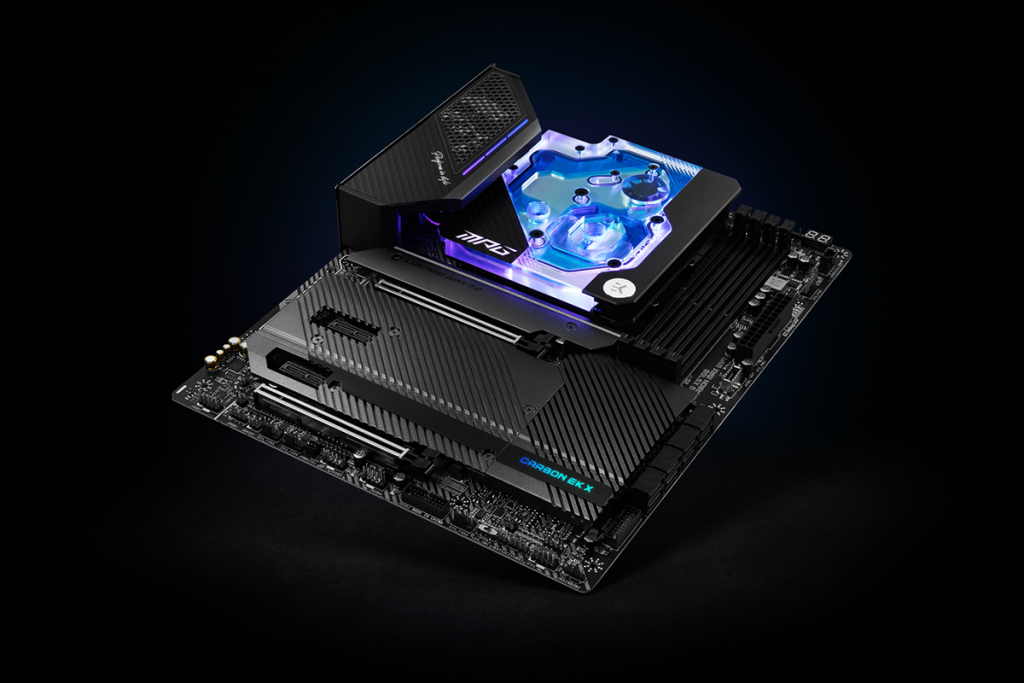 On the top of the block, there’s also a black anodized aluminium piece covering the RGB-lighting solution and respective hotspots, offering an even distribution of lighting. The RGB lighting can be configured using MSI Mystic Light when connected to the motherboard through a 3-pin 5V addressable D-RGB LED header.

Along with the motherboard, EK bundled an EK-Leak Tester (valued at €34.90) to test if there’s any leakage after completing your custom loop. The Quantum MSI MPG X570S Carbon EK X motherboard is now available for pre-order, priced at €549.90. These motherboards are expected to start shipping on September 6th.

KitGuru says: Are any of you looking to build a new PC with an AMD Ryzen processor and a custom liquid loop?