Sherlock Holmes: Crimes and punishments is free on the Epic Games Store

Each week, the Epic Games Store offers a number of free titles to users of its platform. Though this week’s offerings appear to be lighter than most weeks, there is still a lot to enjoy. Sherlock Holmes: Crimes and Punishments – the adventure mystery game, and Close to the Sun – the first-person adventure horror, are available to download for free from now until the 16th of April at 4pm.

Sherlock Holmes: Crimes and Punishments is developed by the Ukrainian studio Frogwares, and allows you to “become the most celebrated detective of all time: Sherlock Holmes!” as you “use your impressive talents as a detective to solve six thrilling and varied cases.”

As expected, the game puts emphasis on exploring crime scenes and examining the various clues throughout. You must then link these clues together in order to create a large number of potential deductions. Players then have the choice of deciding what these clues mean, therefore leading to a wide number of potential outcomes. This freedom in choice lends the game an element of replayability.

That being said, upon its release in 2014, Sherlock Holmes: Crimes and Punishments received some mixed reviews primarily due to “clunky gameplay, frustrating mini-games and inconsistent voice performances”. Critics and fans did agree however that there is some level of enjoyment to be had from the game, especially if you are a fan of the Sherlock Holmes series of short stories. 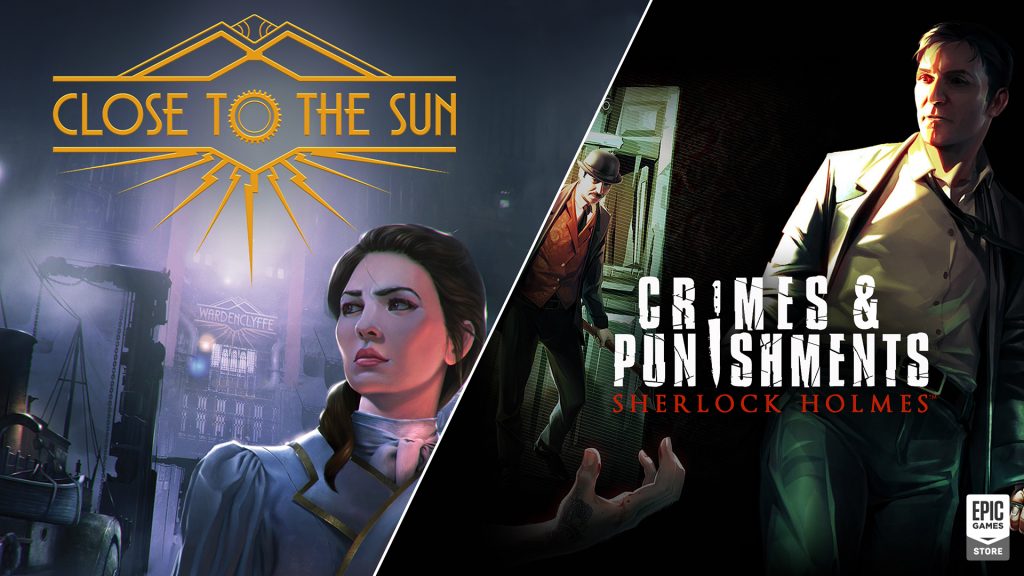 Interestingly, the game was originally published by Focus Home Interactive between 2014 and 2019. In September of 2019 however, due to the end of a publishing agreement with Focus Home Interactive, many of the developer’s games were delisted from digital storefronts – with Crimes and Punishments being one of them. Fortunately, Frogwares later managed to resolve the issue, with the game seeing its return near the beginning of 2020.

The second game on offer is once again a surprise addition to the line-up. Close to the Sun is a first person horror adventure title set on a sea cruiser. Taking place during an alternate reality 1897, where Nikola Tesla and Thomas Edison are fighting for technological dominance over the globe, the game is known for its striking design and visuals which evoke similarities to the BioShock series. Unfortunately the gameplay couldn’t match the visuals, with the game receiving mediocre reviews upon its release in mid-2019.

Though Sherlock Holmes: Crimes and Punishments and Close to the Sun may not be able to stand toe-to-toe with some of the Epic Games Stores previously offered free titles, they’re still worth checking out and adding to your library. These games will be available for free until the 16th of April at 4pm, at which point they will be replaced by Just Cause 4 and Wheels of Aurelia.

Kitguru Says: What do you think of this week’s offerings? Do you enjoy detective games? Are you looking forward to next week’s titles? Let us know down below.