Each month, Microsoft brings a number of new games to its Xbox Game Pass subscription service. For the month of March, subscribers can get their hands on a number of exciting titles, including Star Wars: Squadrons and NBA 2K21.

The full list of games announced to be coming to Game Pass are: 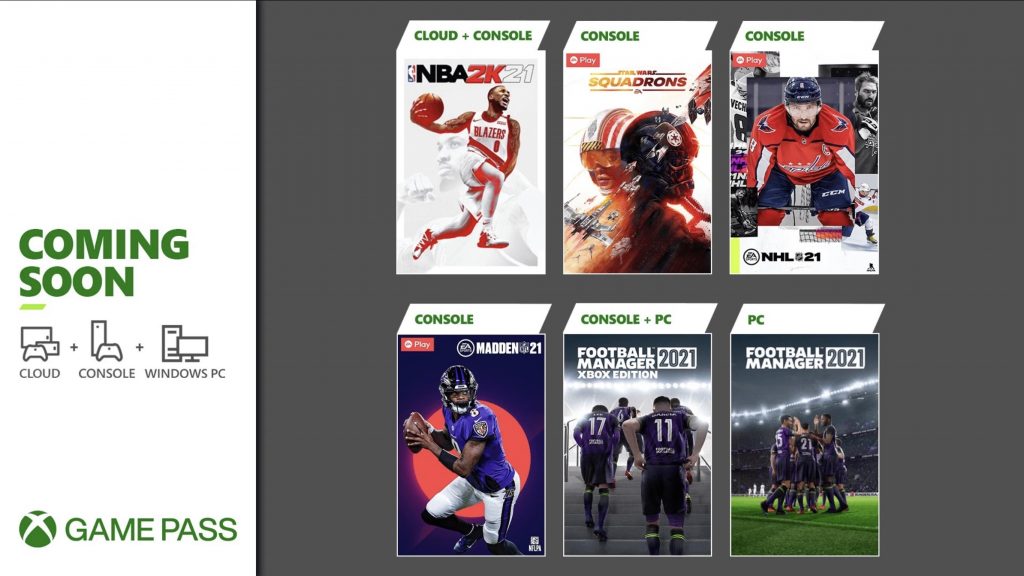 As can be seen, this month is great for sports fans, with many of the most popular sport franchises being represented. For those who do not enjoy the genre however, Star Wars: Squadrons may be just what you’re looking for. As always, a number of titles are also set to leave the service soon, the full list of which includes:

These games will be leaving on the 15th of March, meaning you have a couple more weeks to try and complete them. Thanks to the announced partnership between EA Play and Xbox Game Pass, Microsoft’s service has been bolstered with a wide variety of new games – making the “best deal in gaming” even more enticing.

KitGuru says: What do you think of this line-up? Do you enjoy sports games? What is your favourite sports franchise? Let us know down below.