Carcassonne is the official adaptation of the classic board game. The tile-based game requires players to strategically expand their territory, with the ultimate goal being to score as many points as possible. The game features online multiplayer, allowing you to play the board game with your friends, even if they’re halfway across the world. The game was considered to be an admirable conversion of the board game, upon its release in 2017. 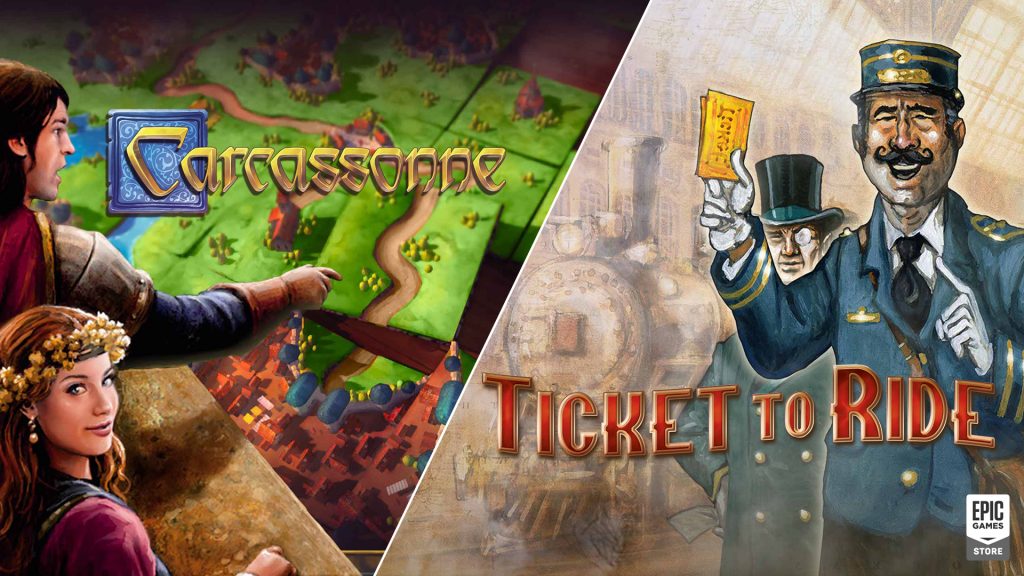 The second free game on offer is yet another board game conversion. Published by the same studio as Carcassonne, Ticket to Ride is a “railway adventure” in which “you’ll need to be the quickest to link up your cities and reach your destinations”. Like Carcassonne, the game can be played online, and serves as a digital adaptation of the classic 2004 board game.

Both Carcassonne and Ticket to Ride will be available to purchase and download for free until the 13th of February at 4pm, when the titles will be replaced with two more games: Kingdom Come Deliverance, and Aztez.

KitGuru says: What do you think of this week’s offerings? Do you play many board games? What’s your favourite board game? Let us know down below.