Alongside the popular Humble Bundles, the service offers its own monthly subscription service. Humble Choice, as it is known, offers up to 12 games each month depending on your subscription tier. For July, the dozen games made available include Yakuza 3, DIRT 5 and more.

For the month of July, the games available as part of the Humble Choice are: 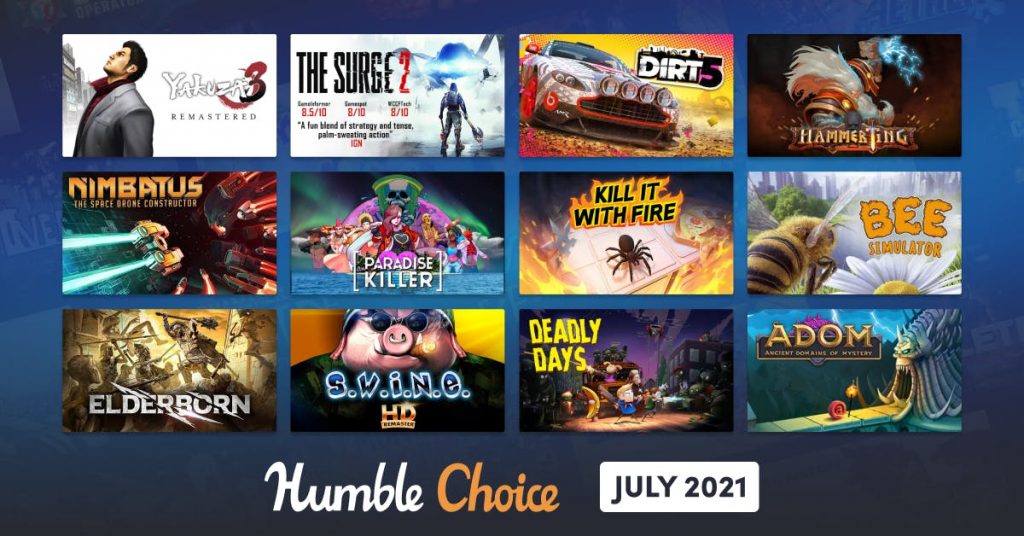 Of these games, the most notable titles are Yakuza 3, The Surge 2, DIRT 5 and Paradise Killer. Yakuza 3 Remastered is the re-release of the 2009 PS3 game, which continues the story of Kazuma Kiryu as he navigates his life outside of the Yakuza.

The Surge 2 is a souls-like which successfully managed to carve out its own identity in a sea of post-Dark Souls inspired games. Developed by Deck13, the game received generally positive reviews, surpassing that of the first game.

DIRT 5 is the latest game in the racing series. Developed by Codemasters, this arcadey off-road racer continues to be updated with new content and added features.

The last title of note is Paradise Killer. This open-world detective game has received very favourable reviews from major outlets, being described as having set “a new standard for investigative gameplay.”

These four titles, alongside the rest of the dozen games,  can now be added to your PC library and kept forever – depending on what tier of Humble Choice subscription you have.

KitGuru says: What do you think of July’s offerings? Are you subscribed to Humble Choice? What games will you pick up? Let us know down below.