Home / PC / Samsung rename all their PCs to ‘Ativ’

Samsung rename all their PCs to ‘Ativ’

Samsung have decided to rename all their PC’s with the moniker ‘Ativ’, because their Ativ range have been so successful in recent months. CNET posted the information saying that the nonsensical naming started with the Ativ Smart PC and Smart PC Pro, both of which are Windows 8 tablets.

The company also released the Ativ Tab, a Windows RT tablet which was never brought to market because the company felt Windows RT was on a road to nowhere – a point proved right by terrible sales for the Microsoft Surface. Cnet add “Just to muddle the situation even more, the Smart PC and Smart PC Pro tablets are now the Ativ Tab 5 and Ativ Tab 7. Forget about the original Ativ Tab and it makes more sense, as does Samsung’s all-in-one PCs becoming the Ativ Ones, and its various Series laptops becoming Ativ Books.”

Simon Stanford, Samsung’s UK vice president of IM said “We hope our Ativ brand will see the same kind of traction and awareness that we have seen with our Galaxy brand, with consumers associating Ativ with Windows in the same way they associate Galaxy with Android.”

Kitguru says: Not the most catchy name, really. But Samsung seem to like it. 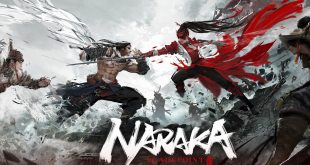 Naraka: Bladepoint is a stylish 60-player melee-focused battle royale which uniquely positions itself in a …