First there was the promise, that Fusion was the future. Then, at CES, AMD revealed the combination of CPU and GPU that it calls an APU. Today, Kitguru has in its lab  the world’s first AMD Fusion Platform prototype from MSI, exclusively for our reader’s delight. It is a model/concept which MSI is hoping will be adopted by system builders across the globe.

Previous So where is AMD Fusion hiding? The search begins.
Next Intel OS for tablet PCs ready 21st April 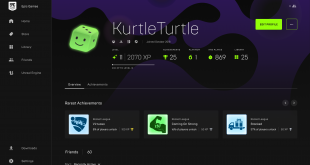 Though it has been years in the making, the Epic Games Store appears to be …