Firefox, the geeks favourite browser is set to remove version numbers from upcoming versions. Asa Dotzler, a director in the company has explained the reasons why they are moving to a ‘non version’ related browser.

He said in a thread on the mozilla.dev.usability discussion group

“We’re moving to a more Web-like convention where it’s simply not important what version you’re using as long as it’s the latest version. We have a goal to make version numbers irrelevant to our consumer audience.”

Suprisingly, this has caused a debate which has been raging since the start of the week. Many people are unhappy about the change of plans. Seems that many people like to see a version number in the ‘about’ box.

One user was really annoyed at the move, fuming “Removing the version number from the About window is one of the most asinine proposals for Firefox in a year filled with asinine Firefox decisions. Are you intentionally trying to kill off Firefox? With the decisions being made lately, this certainly seems to be the case.”

Asa Dotzler defended the decision saying “We’re intentionally breaking with convention here because we’ve moved to
an unconventional release model where conventional versioning and version branding are no longer applicable.”

The debate continues – so feel free to head over and share your views.

Kitguru says: A good or bad move. Does it really matter? 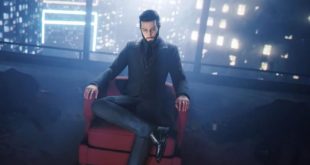 Back in July during Nacon Connect 2021, it was announced that Vampire: The Masquerade – …