Not a lot of good news this week for the PC industry, we reported yesterday that PC shipments were dropping, despite previous expectations of growth. NPD, a research firm who track video game sales have reported that software sales have dropped in March. The reason? Well, no one is actually sure why.

Total video game sales in America has dropped by 4 percent for the month to $1.53 billion. Sales of software (meaning the actual games), has fallen 16 percent to $735 million. Hardware sales were boosted by the Nintendo 3DS and Microsoft's Kinetic – which caused an overall hardware rise of 12% to $495 million.

NPD have highlighted that a large percentage of sales in the video game industry have moved onto applications for smartphones, and yes, the usual culprit – tablets. They are claiming that 23% of all software sales in 2010 came from app sales, such as the iPhone. This doesn't look too healthy for the PC or console markets, but lets be honest has there been a raft of AAA titles in the last few months? Crysis 2 and a few others spring to mind, but it isn't the most healthy time for PC game releases either.

Interestingly, this could also mean that people are willing to spend less on computer games, because cheap titles such as Angry Birds are selling extremely well. With many £40 games lasting now for only 7-8 hours, are they just bad value for money? Perhaps when the economy improves, more people will be willing to risk £40-£50 on a game they have never played.

Electronic Arts and other leading companies haven't been cornered into giving their views on this, we called a few of them and none would give a statement. Portal 2 is just around the corner so we are hoping that this will improve sales for the coming months.

KitGuru says: are games too expensive, too short and really not worth the money anymore?

Previous Apple iPhone 4 is coming, but is it too late?
Next RIM CEO loses his cool and walks out of interview 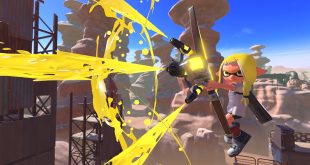