Microsoft earmarked a billion dollars for Xbox One games

Microsoft has announced that it will have 15 exclusive games during the Xbox One’s first year, with eight of those being brand new IPs. It’s also said that its upcoming E3 presentation, will be all about games and understandably so, as it’s apparently going to be spending around a billion dollars on their development and promotion.

This isn’t hugely surprising however, as we heard before about how many billions Microsoft and Sony blew on the last generation of consoles. In-fact it was only in the latter years of the generation that they actually began to make money on the hardware and software sales. With its next-gen, Microsoft is hoping to make a big opening splash.

However much of that billion got spent on box art design, I’ll give it to them, it’s minimalist and pretty
“We just ran through our [release schedule] and counted the number of exclusives, and looked at the amount of money that we’re spending and the deals that we have and exclusive windows,” said Microsoft’s Don Mattrick to OXM (via GamesIndustry). “I think, candidly, people are way, way under-indexing how hard we’re punching,” he continued.

So Far Microsoft’s big focus for the Xbox One has been television, sports and media viewing in the living room. At the big launch event, there was very little in the way of games discussion, just a few CGI trailers to whet fans’ appetites. If Microsoft wants to retain its core gaming audience into the next-gen, it’ll need to recapture their imagination at E3.

KitGuru Says: Mirror’s Edge 2 has me interested in the Xbox One, but I’ll probably just get that on the PC. I’ve yet to hear anything that exciting out of Microsoft with regards to the One, just features I don’t like the sound of. 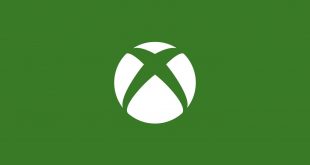