New PS4 controller has a touchpad

The new controller for the PS4 has now been unveiled and it incorporates a few new features as well as improving on old ones.

The controller latency has been improved and shortened, as well as a strengthening of its rumble abilities. The new additions are a little more exciting however, including a touchpad in the centre. It seems to perform more like a laptop touchpad than any sort of touchscreen like the Wii U Gamepad has.

There’s also the inclusion of a light bar, which can identify gamers to an included camera. It isn’t described as Kinect like, but seems to serve a similar function – though perhaps less energetic.

We also heard about the “share,” button on the controller, which allows for the live streaming of games to your friends, who can even post comments on to your screen while you’re playing. On top of this, you can stream your game to a friend who can actually take over the controls, if you get stuck.

KitGuru Says: Not the prettiest looking thing is it? I like the use of what looks like a soft rubber coating however. 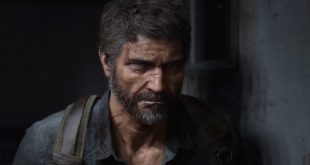