Satoru Iwata on Wii U sales: my bad

Nintendo's CEO, Satoru Iwata, has said that it's Nintendo's fault that the Wii U isn't selling well, mainly because the company didn't market it well enough and that ultimately a lot of the console's audience, is still confused about the relatively new console.

This is something we've talked about here before. With the Wii U's audience being very similar to the Wii, we know that a lot of those that have the older machine aren't hardcore gamers. They don't keep up to date with new releases and simply have it around for family and friends to play on. That means that something that sounds and looks very much like the Wii, will more than likely be thought of as a new version or an upgrade, rather than an entirely new generation of console (for Nintendo at least).

What sort of madness is this?!

Iwata echoed this point, saying that Nintendo's marketing strategy had been far too relaxed and that people still don't understand what's different about the Wii U.”We have been unsuccessful in coming up with one single software with which people can understand, ‘OK, this is really different,” he said (via CNBC).

“As long as people have hands-on [experience], they can appreciate the value of the Wii U, but because there's not software that's simple and obvious for people as ‘Wii Sports' for the Wii, potential consumers do not feel like trying the Wii U.”

However, he did say that the Xbox One and PS4 wouldn't compete directly with the Wii U, simply because they were so much more expensive. Indeed, the Wii U can be had in the UK now for £150 at some retailers. Comparatively, the Xbox One on release will be at least £420, while the PS4 will be £350.

KitGuru Says: While it's taken a while, the Wii U is beginning to look like the more attractive purchase for me. It has Monster Hunter, a new Smash Bros coming out, a new Mario Kart. Kind of like the Wii, I expect the Wii U will be the secondary console that people buy for the 1st party exclusives, while the PS4 (and maybe the Xbox One) is the main deal. 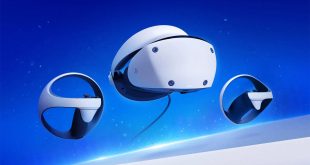