You can play PC games on your Wii U gamepad

While the number of people that want to and are capable of doing what the title suggests might be a relatively small group – even smaller if you consider the technical know how required to make it happen – that doesn’t mean it’s not a pretty impressive hack. During the 30th Chaos Communication Congress this week, a small team was able to showcase playing not only a simple drawing app on the PC, through a Wii U gamepad, but they were able to play an emulated version of the Gamecube Legend of Zelda: Wind Waker on it.

Now you too can play the non-HD version of the game, with crash bugs!

If you want to watch the revelation yourself and skip over most of the talking, skip to 47 minutes in:

While the hackers responsible have said that it is mainly a proof of concept that they hope will be used by developers, it’s an exciting idea for those with Wii U’s and those of us outside of the Nvidia Shield’s sales territories (read: everywhere but NA).

While PC gaming via streaming to the device is obviously possible and could open up some interesting gameplay alternatives, this hack is also being suggested to make it so the gamepad can be used as a controller for quadcopters or other robotic devices.

KitGuru Says: It would certainly be a big selling point for the Wii U if Nintendo worked with these guys to make it able to stream PC content too. I bet a few of you would be more interested in it then. 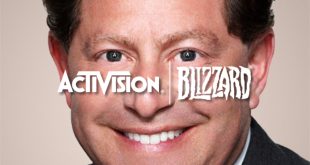