Home / Software & Gaming / Console / A smaller, cheaper Xbox One is apparently in the works

A smaller, cheaper Xbox One is apparently in the works

This news comes from the Linkedin bio of AMD’s Senior Manager of SOC systems. The bio states that he “successfully planned and executed the first APU for Microsoft’s Xbox One Game Console in 28nm technology and a cost-reduced derivative in 20nm technology.”

Currently the Xbox One and PS4 processors are 28nm and according to the Taiwan Semiconductor Manufacturing company, which is behind the production of Sony and Microsoft’s processors, a 20nm version of the chip could turn out to be up to 30 per cent faster or consume 25 per cent less power. 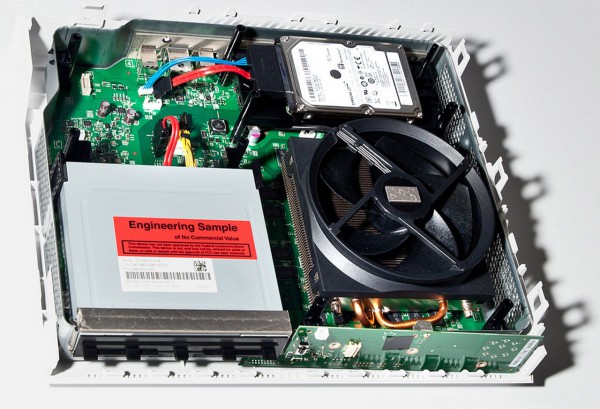 While a 20nm chip could be faster, Microsoft is unlikely to alienate early console adopters by releasing a more powerful Xbox One, it is likely that it would use the smaller chip for decreased power consumption, allowing the company to release a slim model, which could perhaps back a power supply inside of the case and rival the PS4 for size.

Being able to downsize the Xbox One would help reduce manufacturing costs too, cutting down on construction materials and packaging. Interestingly enough though, Microsoft appears to be looking to streamline the console in other areas as well, the company is currently looking for an electrical engineer to develop a “memory subsystem” and then evaluate “different solution options for performance, functionality, stability, cost and risk”.

This news suggests that AMD has incorporated measures in to both the Xbox One and PS4 to ensure that the transition to a smaller fabrication technology can happen much faster this generation. This in turn suggests that Sony and Microsoft may be preparing for a much shorter console life cycle this time around.

KitGuru Says: According to AMD’s roadmap, it is due to launch 20nm desktop GPUs next year so it will be interesting to see if a re-designed Xbox One launches at roughly the same time. Do you guys think Microsoft plans to launch a smaller Xbox One sometime next year?