Microsoft to send out invites for new Xbox dashboard

The Xbox One is set to get some huge updates in November. Not only is backwards compatibility for Xbox 360 games coming to the console, but the entire user interface is getting an overhaul, with a brand new dashboard, powered by Windows 10. Microsoft has been showing it off for a little while now, with a release date pegged for two months time. However, some Xbox owners will get to try it out early.

The Windows 10 update is coming and those in the Xbox Preview Program will get to install it early and help give feedback leading up to its release. In a post on the Xbox Wire, Microsoft said: “Because this is a significant update, we are giving Preview members the opportunity to decide for themselves if and how they want to participate in helping us release the New Xbox One Experience”. 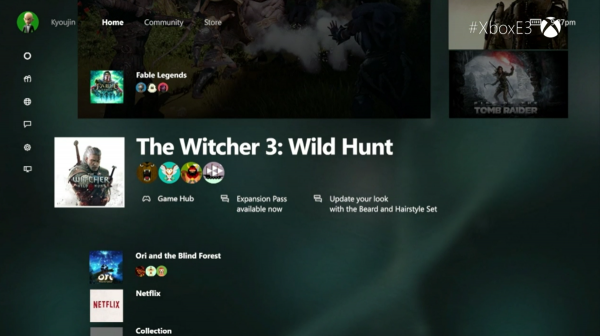 Those in the preview program will be given the new dashboard in waves. Larger groups will get the update over time, with the initial roll out kicking off soon. If you don’t want to test the new dashboard, you don’t have to, Microsoft will be sending out Xbox Live messages to preview members with an opt-in option.

KitGuru Says: The November Xbox update looks really good. While I didn’t have a problem with the current user interface, the new changes all seem very positive.