Sony has stated that demand for the Playstation 4 could outstrip supply. Pre order stock has officially sold out, with 1 million consoles reserved in the first week of pre orders. Microsoft faces a similar problem with the Xbox one, with many countries having to wait until 2014. PS4 pre orders can still be placed to retailers but Sony has informed buyers that there is no guarantee they will all arrive in time for the console’s release day.

Gaming publication MCV has spoken to sources close to Sony that said, “The current number of units expected in the UK is unlikely to satisfy demand” also adding that “The machine could be in short supply for up to four months after launch.” This will leave a lot of people disappointed for some time, although Sony has stressed that the Playstation UK team are in talks to secure more PS4 models, to try and quell demand.

You just know theres going to be some poor kid on christmas day whose PS4 didn’t arrive in time.

This year has been filled with stories of companies underestimating the popularity of it’s respective product, from the Diablo 3 and Simcity  servers not being able to handle demand, To the Xbox one pushing back it’s release date in certain territories.

KitGuru Says: The playstation 4 is proving very popular. It would be nice if a company was over prepared for demand on a product that is bound to sell millions. The Xbox 360 and Playstation 3 have made gaming very popular over the last seven years, people were bound to be itching to upgrade. Have you pre ordered a next gen console yet? Or will you wait for demand to settle down? 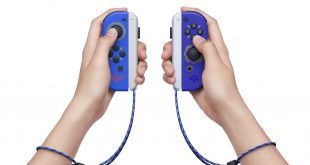 While the Switch has become one of Nintendo’s most successful consoles of all time, the …