Inventor Sir Clive Sinclair yesterday backed a new crowd funding project aiming to revive the ZX Spectrum brand of home consoles, sparking a wave of interest and netting the project its £100,000 goal in just one day. The campaign will also be donating some of its earned money to a children’s charity.

The Sinclair Spectrum Vega uses a low cost micro-controller and some new emulation software to allow the console to run all of the games that were developed for the original model back in the 1980s. The console remake is being marketed by Retro Computers LTD, a small startup company in which Sir Clive Sinclair’s company is a share holder. 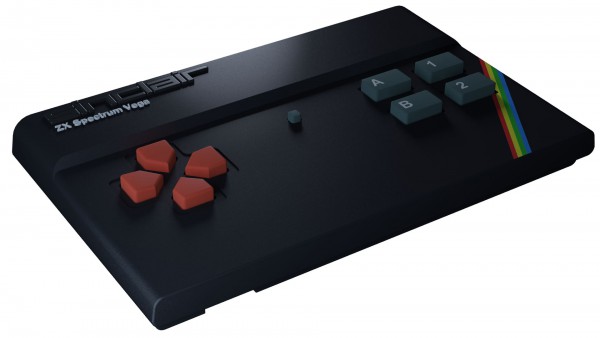 The Vega is being developed by Chris Smith, a former ZX Spectrum games developer. The first thousand Vega units will be manufactured within the UK, once those are all sold, a second production run will be prepped. The console itself has already been created and is fully working, the crowd funding campaign is needed to get it manufactured.

The first thousand units will be limited edition models, the second production run will see a further 3000 units made. Any further orders will be made in batches of 10,000 units. At the time of writing, a lot of the campaign perks have already sold out and the campaign has managed to exceed its goal, raising £107,869.

Since the campaign has managed to raise so much so quickly, it might be cool to see the console’s specifications beefed up a bit with some of today’s modern tech advancements.

You can check out the Indiegogo campaign, HERE.

KitGuru Says: It seems there are still plenty of retro console enthusiasts around these days. What do you guys think of this?