It seems that progress on the Final Fantasy VII Remake has been going smoothly, as Square Enix plan to reveal more information on the title later this month at its very own retrospective exhibit. The event is aptly named “Final Fantasy 30th Anniversary Exhibition – Farewell Story Exhibition” and will run from January 22nd to February 28th.

The true 30th anniversary for Final Fantasy was December 18th last year, however the folks over at Square Enix feel like celebrating for one day given such a sizeable milestone just isn’t enough. The Anniversary Exhibition will be held at the Mori Art Centre Gallery, based in the Roppongi Hills complex in Tokyo.

A large portion of the showcase, as expected, will focus on the extensive history of the franchise from its very first title to its modern incarnations, including fifty songs from the series that sync to the exhibit as visitors progress. 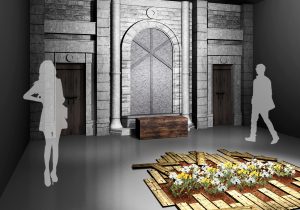 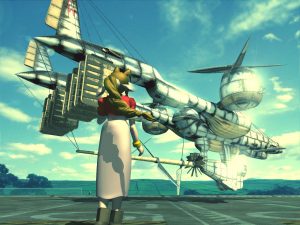 The new information for the upcoming remake will be included in Final Fantasy VII’s original scenario which carries the moniker “Words Left Behind by Aerith,” written by original writer Kazushige Nojima himself. The renowned Church in Sector 5 will prominently feature while Aerith’s memories play via voice over, acted out by Maaya Sakamoto who previous voiced the character in Kingdom Hearts along with Lighting in Final Fantasy XIII. Image boards from the Remake will also be shown for the first time, giving more details surrounding the upcoming title.

Another original display is being created for the latest title, Final Fantasy XV under the title “Phantom Wedding.” Although details have been revealed, they contain various spoilers for the game making this portion of the exhibition strictly for those in the know or those that don’t mind narrative details.

KitGuru Says: Learning more about a title that was apparently so early in development last year is always exiting. Personally, I can’t wait to see just how far it’s come. What do you want to see out of the new details? Would you like to attend the exhibition?