Fans rejoiced when Activision announced that the original Spyro trilogy was next on its list to remake, enlisting the help of developer Toys for Bob. Sadly, it looks like a hitch during the development process has caused all but the first game to be unplayable on the Reignited Trilogy’s physical copy without agreeing to a download.

Twitter user Wario64 spotted the development on the newly released box art, which states at the bottom that the Spyro Reignited Trilogy “requires content download.” This was further clarified on a piece of promotional artwork, relating to the second and third title specifically.

It seems that Activision doesn’t see this as a particularly big deal, releasing a press statement to address the issue: “As with most games today, downloading an update after purchase is quite common. The language on packaging and on the web is to let players know the requirements for Spyro Reignited Trilogy.” 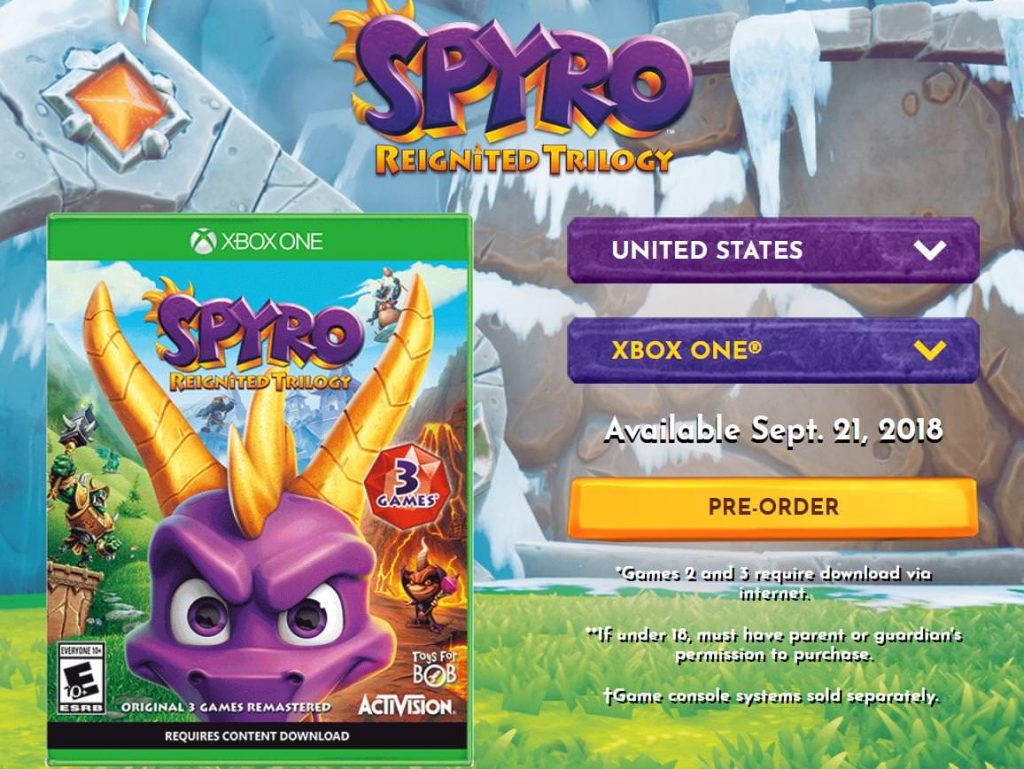 This approach tends to have a range of pitfalls, such as relying on the storefront in order for players to continue. If the respective stores ever shut down, or its functionality for older consoles is dropped, then players might find the Spyro Reignited Trilogy inaccessible beyond the first game. Beyond this, there are plenty of players that suffer from poor internet speeds, or connections that are still metered that prefer to opt into a physical copy purposefully for those reasons.

This was not the case for Activision’s monumental success with the Crash Bandicoot N. Sane Trilogy remake, where all three games were playable without an internet connection. This is possibly due to Toys For Bob falling behind schedule, making up for lost time by continuing to develop the game beyond distribution. While this is common for modern video games, it doesn’t usually result in an incomplete game being pushed out to door.

“The global launch date of Spyro Reignited Trilogy is Sept. 21; and we’re excited for fans to play all three reignited games on that day,” concludes Activision.

KitGuru Says: Activision is certainly delving into a morally grey area by choosing to ship an incomplete game to meet its deadline rather than riding out a small delay. Do you think this is fair? Do you still prefer physical copies over digital?

Previous Latest Nvidia drivers prep for Monster Hunter World and WoW: Battle for Azeroth
Next Now that microtransactions are gone, Shadow of War is getting a Definitive Edition