Persona fans are getting impatient with the endless teasing from developer Atlus, but there isn’t too much longer to wait for all to be revealed. Persona 5: The Royal finally be unveiled on the first day of its game-themed concert, while the second and final day will debut the mysterious Persona 5 S.

Atlus launched a teaser website for Persona 5 S dubbed P5S.jp, promising just “1 more” turn up its sleeve before all information is revealed on April 25. This is the second day of the Persona Super Live P-Sound Street 2019: Welcome to No. Q Theater! located at the Ryougoku Kokugikan in Tokyo, with the first day, April 24, seeing the official Persona 5: The Royal announcement.

Diving into the source code of the calling card, Atlus explains that it will “show you a new Phantom Thieves that will turn the world’s cognition on its head. We are energized by voices that seek satisfaction. Once again, we will take your heart at the Ryougoku Kokugikan.” 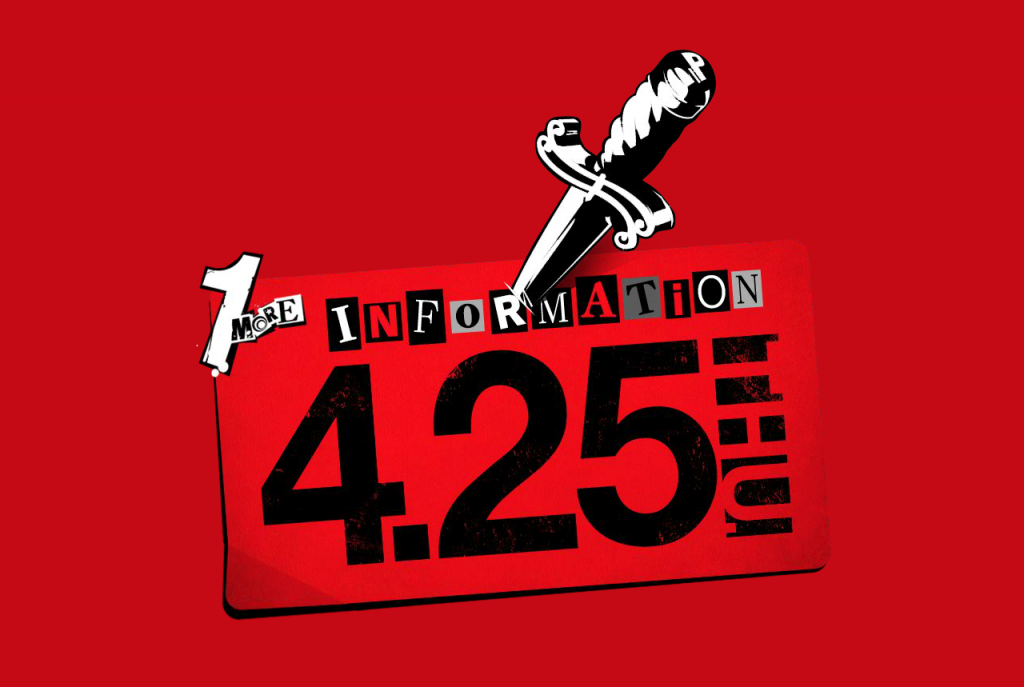 Not much is known about either title so far, with many speculating that Persona 5: The Royal is the developer’s usual revision packing all-new content. Persona 5 S however, is believed to potentially stand for ‘Switch’.

Given that main protagonist Joker is headed to Nintendo Switch in Super Smash Bros. Ultimate, it isn’t a stretch to think Atlus might bolster his presence on the platform by releasing the game he originates from. That being said, many have been waiting for a Switch launch since the console came out early 2017.

KitGuru Says: I wouldn’t recommend anyone hold their breath for a Nintendo Switch announcement, but I know what I’m hoping for. That being said, if The Royal does introduce new content then I’m going to be incredibly torn between the two.