Today marks your last chance to try the battle royale mode within Call of Duty: Black Ops 4 before the free trial comes to an end tomorrow, January 24. Before that however, Activision has one more surprise in store, unveiling a brand new Blackout game mode that allows players to respawn should a teammate survive until the checkpoint.

Players will be able to try out “Down But Not Out” for a limited time starting 6pm GMT today through until January 30, 2019. It’s understandably a squads-only game mode, due to the hook allowing players to respawn after they’ve collapsed should one member of the squad remain alive as the final circle approaches. This is sure to make the final circle a fair fight, removing any 1 versus 4 scenarios, but it will simultaneously make the compact area much more chaotic. 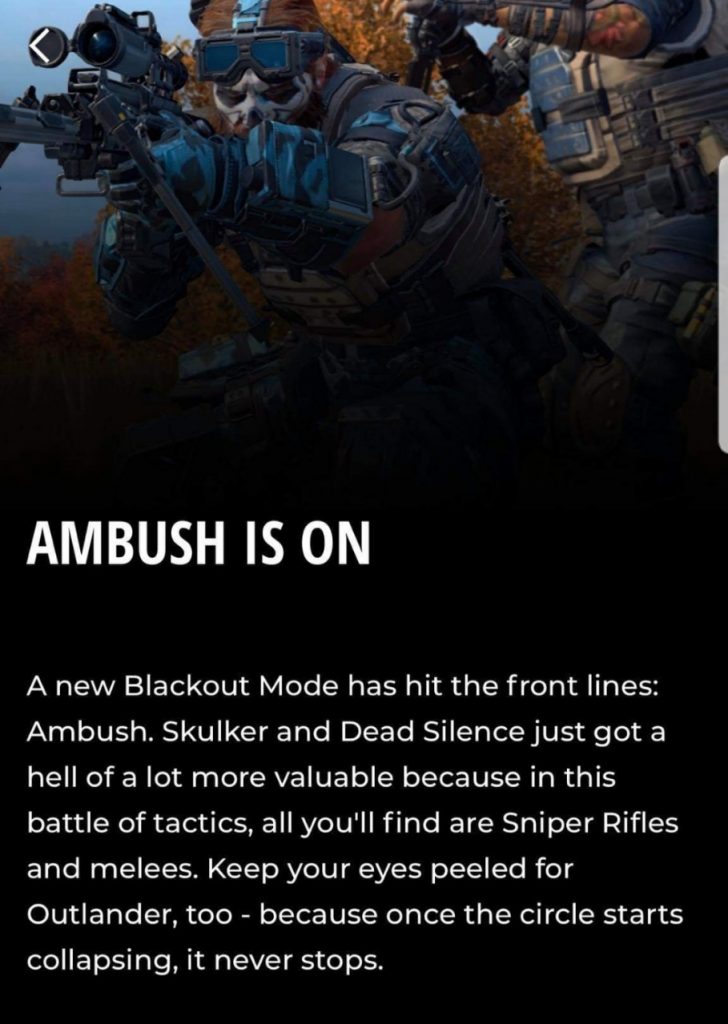 Beyond this, Redditor Carkeys11 spotted details of another mode called “Ambush.” Developer Treyarch has since confirmed that Ambush will indeed be set to follow “immediately” after Down But Not Out, favouring long-range gameplay.

By removing all weapons apart from sniper rifles and the default melee, players will be forced to tread much more carefully across the map. To make things even more difficult, Ambush will feature an ever-collapsing circle once it begins to retract, leaving next to no time to sit and camp.

Alongside Down But Not Out, Zombies players have been treated to Gauntlets and new Epic Elixers on Xbox One and PC platforms, while Multiplayer gets Chaos Dominion added to the featured playlist. All of the various changes can be found here.

KitGuru Says: Blackout is sounding pretty fun right now, even if these limited-time game modes sound a lot like what PlayerUnknown’s Battlegrounds trialled throughout last year. Have you given the game a shot during its free trial?