PUBG Corp has placed a great amount of effort into its latest anti-cheat methods in an attempt to quell the waves of hackers spoiling PlayerUnknown’s Battlegrounds for the general community. Unfortunately, a bug had caused the new measures to run a little bit haywire, banning legitimate players in the process.

Players flocked to Reddit after receiving impromptu bans despite claiming that they have never cheated, with some being unbanned just a few hours later. Luckily, PUBG Corp was on the case quickly, reassuring fans that it was aware of the bug “temporarily preventing some players from accessing our game” in a tweet. 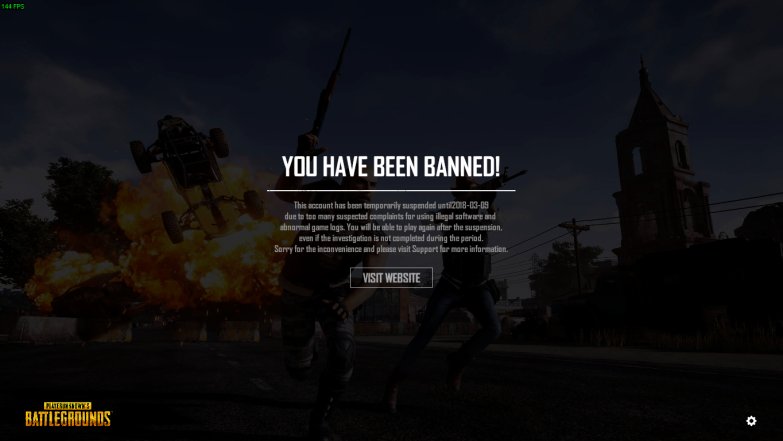 Fortunately for players, the bug has already been fixed, with all temporary bans caused by the new system being lifted. New systems are still being trialled on the test servers, meaning that more bugs might still come to light, however these are a small sacrifice to balance games when it's finally implemented on the live servers.

So far, PUBG has been relying on third-party anti-cheat service BattlEye for the majority of its solutions. While not entirely unsuccessful in quelling the wave of hackers, its 1 million bans in January alone did little to slow the escalation of cheaters, prompting PUBG Corp and publisher Bluehole to begin working on its own in-house methods.

KitGuru Says: Testing new anti-cheat systems must be difficult for PUBG Corp, particularly when considering the sheer size of the player base and the potential problems that can ensue. And while this isn’t fair for legitimate players, if it does manage to significantly help the problem of cheaters then the ends do justify the means. Did you experienced an unnecessary ban?

Previous RAM prices could climb even higher thanks to datacentre demand
Next XMA, Blizzard, Playstation and more back innovative project for computing in schools