Fallout 76’s latest patch managed to implement over 150 different bug fixes, but it hasn’t managed to prevent players from discovering its secret developer room. As a testing area, the room houses every single item in the game, both released and unreleased, and surprisingly houses a human NPC named Wooby.

Most Bethesda games are so expansive, they are accompanied with a developer room in order for employees to test items before they make their way to the general public. In the likes of Skyrim and Fallout 4 this particular area could be accessed through the command console on PC, but the online nature of Fallout 76 prevents players from utilising the necessary command line. 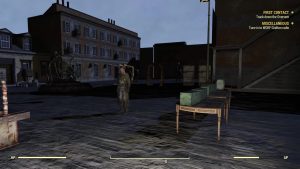 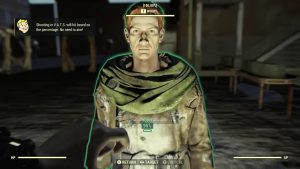 The existence of the series of hidden chambers has reportedly been known for weeks, according to sources talking with Eurogamer, but only managed to crop up on Reddit at the beginning of the week. Like its predecessors, it is filled with every item in the game, with “All Scrap” in one crate and “All Misc. Items” in another, etc. The inclusion of Wooby, a human NPC found one his lonesome in the developer room, shows that NPCs were perhaps considered prior to the direction Fallout 76 inevitably took.

The most interesting inclusions are the items that have yet to make it into the main game. A video touring the developer room can be seen below from anonymous YouTuber Mr. X, showcasing Winterized, Military and Atom Cats power armour paint jobs that are expected to debut in the PvP factions update.

It looks as though the video might not be live for too much longer, as Bethesda is seemingly taking a stricter approach against the rule breakers. An email has been doing the rounds suggesting that players who enter the room could receive a temporary suspension in order to “ensure the integrity” of characters and accounts. Bethesda has yet to comment on the emails allegedly from the company, warning players of the action taken against their account.

Prior to the public unveiling of the developer room, some players had crafted an entire black market of Legendary items by abusing a duplication bug. Although all of the mainstream methods have been patched for the time being on PC, some claim that items on eBay reached as high as $45. Access to this developer room briefly helped this market continue to thrive, providing access to an unlimited selection before Bethesda’s alleged action. This has been corroborated by Reddit admins, who claim to have actively banned people who have been advertising illegitimate items for sale.

KitGuru Says: Online games are not Bethesda’s specialty, so Fallout 76 is bound to suffer from hiccups and issues every so often. I think the more pressing question is “who is Woobly, and why didn’t he make it into the final game?”