Microsoft’s new Xbox One Adaptive Controller made its debut back in May, designed to make gaming with disabilities significantly easier. Working alongside specialist companies, a lot of thought has been put into every area of the controller, including how users will open its packaging.

The Xbox One Adaptive Controller gained a lot of praise upon its reveal, becoming one of the first products of a major company to acknowledge the needs of disabled gamers. The simple design consists of two oversized programmable buttons, while there are 19 jacks on the top side that allow for a variety of connections to a range of accessories. Of course, an accessible controller automatically becomes rather useless if the user is blocked by traditional fiddly packaging, prompting Microsoft to innovate the box that the device comes in.

“A lot of these limited mobility gamers are actually used to opening packages with their teeth,” explains Microsoft packaging designer Mark Weiser. “We wanted to deliver an empowering unboxing experience,” without the need for assistance. “We treat packaging as part of the product,” adds Kevin Marshall, creative director of design at Microsoft. “Packaging really has the potential to validate and shape consumer experiences.”

Microsoft achieves this through many rings, hoops, hinges and access points to make it as easy as possible to unbox. The user starts by tearing the main strip down the top centre of the box to make the protective packaging unfold itself, revealing the box of the controller itself. Removing an easy-to-peel sticker on the bottom-side of the package reveals a ribbon, which – when pulled upward – opens the box to reveal the controller. Finally, removing the pad by pulling the tray outward reveals the included accessories behind it. 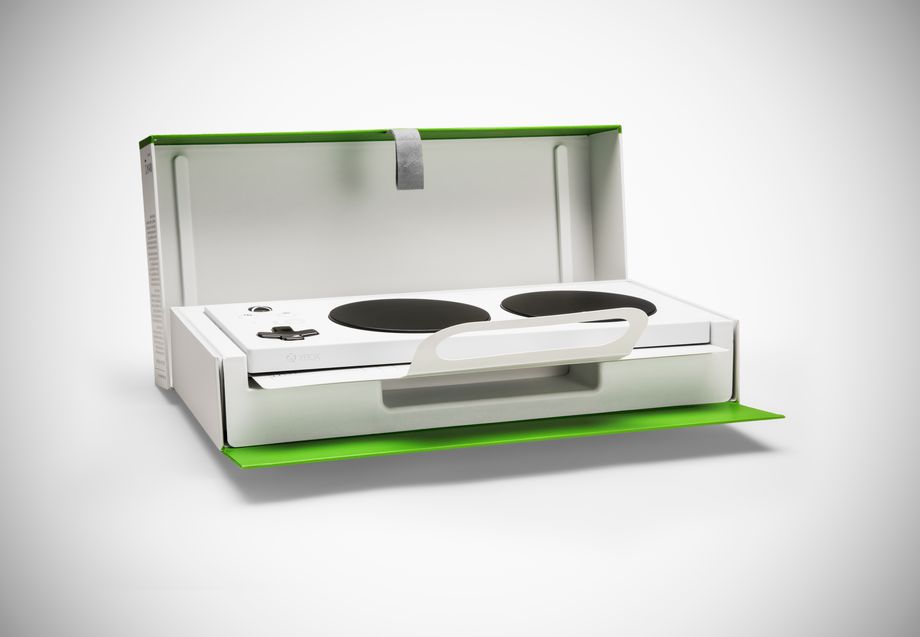 Overall, though, users can be sure that there are no twist ties, plastics or buried wires that will get in the way of their Adaptive Controller. The controller will be available in September, costing $99.99.

KitGuru Says: Usually innovative design stops at the product, while the marketing team takes over the handling of its packaging, but Microsoft truly has made all of this a part of its general design process. Personally, I’ve never understood the need for such hindering packaging anyway, when there are, as proven, better methods out there.