PC fans have been waiting for Monster Hunter World for quite some time since its initial release, and while response has been mixed, this hasn’t stopped Capcom’s action RPG from topping the charts. Not only has Monster Hunter World managed to break into Steam’s top 10 all-time concurrent player count, but it’s become the biggest Japanese game on the platform by doing so.

According to SteamCharts’ data, Monster Hunter World managed to pull in a peak of 239,779 concurrent players at launch, taking 7th place in Steam’s top recordings of all games released on the platform and becoming the biggest launch of 2018. This has dethroned Dark Souls 3 as Japan’s top game on the platform, almost doubling its record of 129,831 players in April 2016. 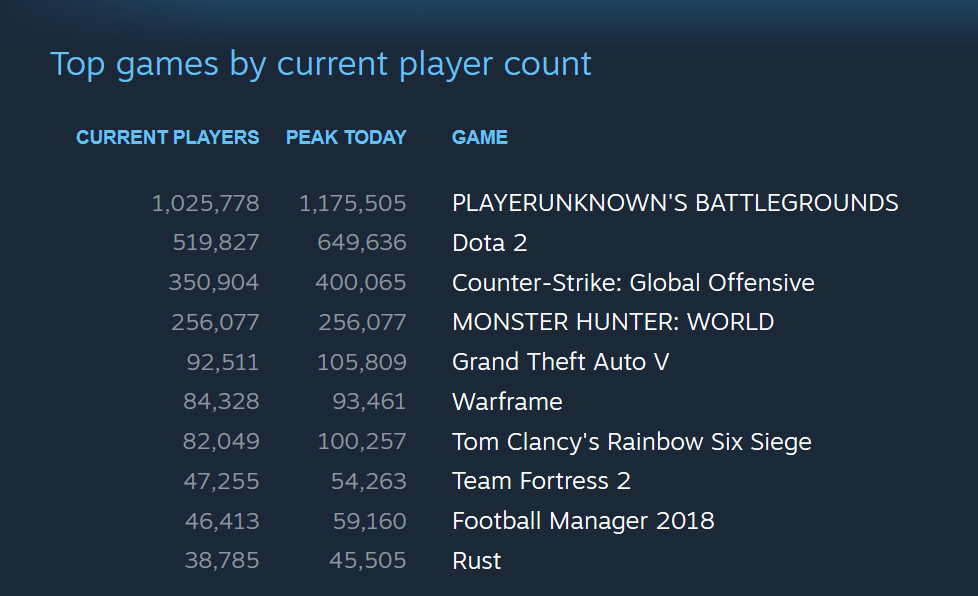 Just one day later, Monster Hunter World is continuously climbing in its concurrent player count, reaching 256,077 as of writing. This moves the title from 7th to 6th place, overtaking PayDay 2’s 247,628 set in June of last year. While it’s unlikely to overtake Grand Theft Auto V’s 360,761 all-time record, it shows that Capcom is certainly onto a winner despite its lack of investment in the PC platform prior.

These milestones aren’t entirely unexpected, given that Monster Hunter World drove Capcom’s profits through the roof when it released on console earlier this year, up 8.4 percent year-on-year. It managed to shift 8 million units within the first quarter and has proven to be a bona fide hit across all platforms.

KitGuru Says: It’s good to see Japanese developers focus more on the PC platform, with this success hopefully setting a precedent moving forward. Have you jumped into Monster Hunter World yet?