Developer Hello Games has put a lot of effort into getting No Man’s Sky back on its feet after its disappointing launch, enticing players to return with the brand new features in its Next update. Fortunately, it seems that things have been a success as the space sandbox managed to draw in a peak 97,000 concurrent players on Steam over the weekend, just below half that of its launch.

During the run up to its 2016 launch, Hello Games seemed to make a lot of promises it couldn’t cash in, resulting in an impressive 212,000 concurrent players on Steam that inevitably dropped like flies the following week. Two years later and the studio has managed to pick the game up off the ground, raising its standard with online co-op multiplayer and a variety of other features included within its Next update. This marks an improvement over the game’s regular 40,000 concurrent players that were documented the week prior. 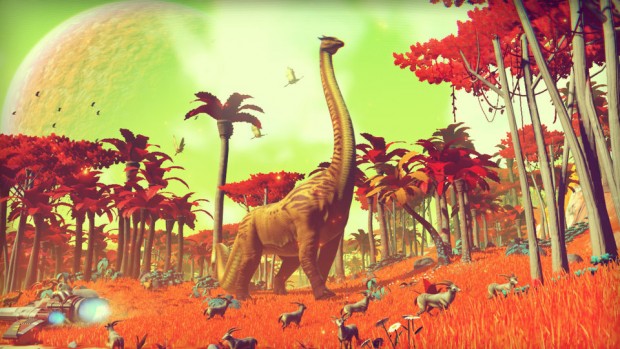 Beyond the concurrent player increase, Steam reviews of the game have improved from “Mostly Negative” to a somewhat healthier “Mixed” label overall, and a “Very Positive” recent section. This, combined with the increased player base, is a testament to the goodwill Hello Games has won back with its impressive overhaul of No Man’s Sky.

No Man’s Sky has sat among Steam's global top sellers list since the update launched thanks to a 50% drop in price until August 6th, which has undoubtedly helped bolster the concurrent player count. This price drop makes it the perfect time for both new and returning players to hop back into the intergalactic exploration game to discover the new elements for themselves.

KitGuru Says: More than doubling its general player base 2 years into its lifespan is an impressive feat for the developer. How do you feel about No Man’s Sky in its current state in comparison to what it was at launch?